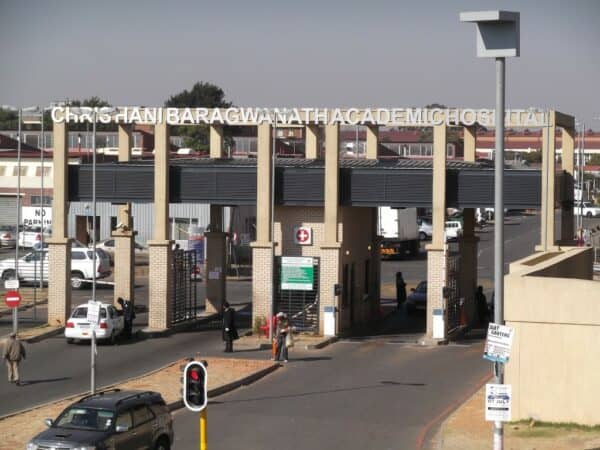 Food is running out at the Chris Hani Baragwanath Hospital in Soweto, south of Johannesburg.

This is according to the Democratic Alliance (DA) who say the low stock levels is due to contract mismanagement and non-payment of suppliers.

DA Gauteng Shadow MEC for Health Jack Bloom said there has been no bread at the hospital for the past two weeks and that some doctors and nurses have taken in food to feed starving patients.

“Donors have also been asked to provide food for the hospital. A number of food contracts have expired so Requests for Quotations are used to fill the gap in a haphazard way that has led to shortages of meat, chicken and fish despite paying higher prices.”

Bloom said Chris Hani Baragwanath Hospital is also facing a crisis of the build-up of medical waste as a contractor has suspended services because of nonpayment.

“It appears that the Gauteng Health Department has run out of money towards the end of its financial year on 31 March. Staff and patients at Gauteng’s public hospitals are suffering because of the non-payment of various suppliers.”

According to Bloom, the 2022/23 Gauteng Health Budget announced this week received no increase from the previous year.

Meanwhile, questions have been raised about the state of Charlotte Maxeke Johannesburg Academic Hospital, which has still not been repaired after the devastating fire of April last year.

The Citizen on Wednesday reported that renovations at the hospital were not included in the Gauteng provincial budget.

DA provincial spokesperson on health Jack Bloom claimed the Gauteng health department had stated it did not mention the hospital in their roll-out plan for hospital renovations because Charlotte Maxeke would be transferred to the national health department.

However, Gauteng provincial Treasury spokesperson John Sukazi said the hospital was part of the budget and would be included in the “normal” infrastructure document.