Piquet apologises to Hamilton for racist slur, says it was taken out of context

The Brazilian apologised before stating that the comment was never meant to belittle someone based on their race. 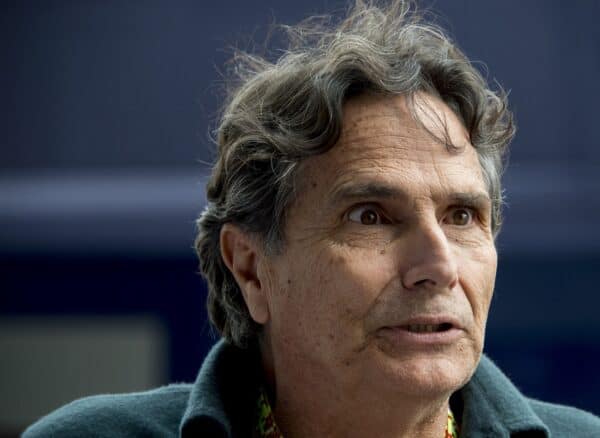 Three-time Formula 1 world champion, Nelson Piquet, has hit back on the backlash received this week after calling Lewis Hamilton the “n-word” in the run-up to this weekend’s British Grand Prix at Silverstone.

The controversy stems from a podcast in which Piquet, commenting on last year’s race which involved the controversial accident between Hamilton and eventual champion Max Verstappen, used the word ‘neguinho’, which translates as the n-word.

In a statement published by Autosport, the twice former champion for Brabham in 1981 and 1983, and once for Williams in 1987, said his words were “ill-thought” and that he “makes no defence for it”.

He, however, stated: “The term used is one that has widely and historically been used colloquially in Brazilian Portuguese as a synonym for ‘guy’ or ‘person’ and was never intended to offend”.

“I would never use the word I have been accused of in some translations. I strongly condemn any suggestion that the word was used by me with the aim of belittling a driver because of his skin colour”.

He continued, “I apologise wholeheartedly to anyone that was affected, including Lewis, who is an incredible driver, but the translation in some media that is now circulating on social media is not correct.

“Discrimination has no place in F1 or society and I am happy to clarify my thoughts in that respect”.

The emergence of the podcast has attracted mounting criticism from fans wanting Piquet’s access to the pitlane revoked permanently.

Subsequently, both Formula 1 and Hamilton’s Mercedes team have responded by branding the comments as “unacceptable in any form”.

Opinions were also shared by rivals Charles Leclerc and Estaban Ocon, with the former tweeting, “He [Hamilton] has always been extremely respectful to me and everyone that he meets.

“Those values should be standard towards anybody around the world. The comments made towards Lewis should not be tolerated”.

Alpine driver Ocon posted on the social site, “I’ve worked and spent time with Lewis over the years and know the kind of person he is.

“Always genuine and respectful with everyone around him. We are proud to have him at the forefront of our fight for further diversity and inclusion in motorsport”.

Hamilton’s teammate, George Russell, has also weighed into the debacle by writing on Twitter: “He has done more for the sport than any driver in history, not just on the track but off it.

“The fact that he and so many others are STILL having to deal with this behaviour is unacceptable”.

It’s more than language. These archaic mindsets need to change and have no place in our sport. I’ve been surrounded by these attitudes and targeted my whole life. There has been plenty of time to learn. Time has come for action.— Lewis Hamilton (@LewisHamilton) June 28, 2022

Hamilton himself took to the social site soon after Piquet’s remarks by first saying, “Vamos focar em mudar a mentalidade”, translated as “Let’s focus on changing the mindset” before writing a second tweet,  “It’s more than language. These archaic mindsets need to change and have no place in our sport. Time has come for action”.

A decision by Formula 1 regarding actions against Piquet amidst ongoing calls on social media has so far not been made.