Disgraced Russian ultra-marathon runner Natalia Volgina says she will compete at the Comrades Marathon at the end of May, after denying a claim that she approached her former club in an effort to make a comeback at the Two Oceans Marathon in April. 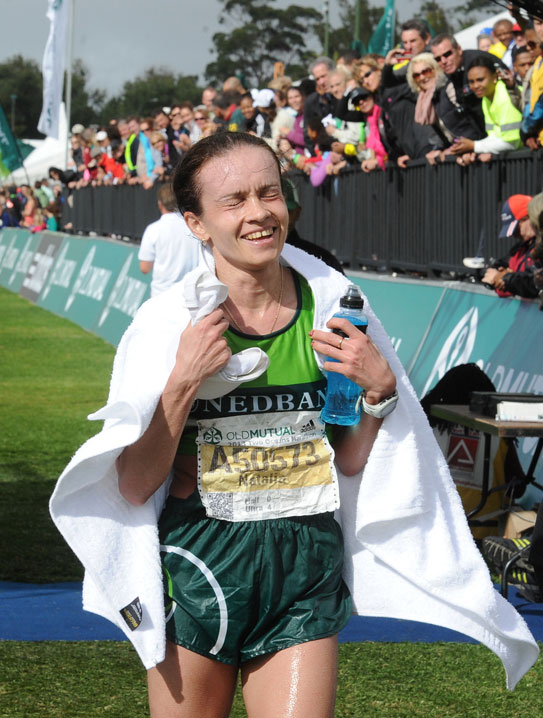 The Nedbank Running Club said in a statement on Tuesday it had turned down a request from Volgina to represent the local outfit at the annual 56km race in Cape Town, after she was banned for two years for a doping violation following her victory in the 2013 event. “I did not ask to run Two Oceans because of the period of ineligibility, but I did ask them if I could run Comrades for them,” she said on Wednesday.

While the Two Oceans will be run five days after her ban is lifted, Volgina confirmed she would not have been able to compete at the race because she would have been unable to run a qualifying marathon due to her suspension.

The 37-year-old runner, who also won the Two Oceans in 2002 and finished twice on three other occasions, was stripped of her 2013 title after being found guilty of using the anabolic steroid Metenolone.

Thabita Tsatsa of Zimbabwe was awarded the women’s crown after Volgina was removed from the results. A two-time Comrades Marathon gold medallist, Volgina is listed among more than 22 500 entrants on the race’s website for the 87km ‘up’ run between Durban and Pietermaritzburg on May 31.

“I do not have a club at the moment, but I am training a lot and would very much like to participate in competitions again,” she said. While local athletes must belong to a domestic club to compete in the Comrades Marathon, foreign runners can participate as individuals, provided they have clearance certificates from their national federations.