Natalie on future of Paralympics

Former swimming star Natalie du Toit is confident South Africa's interest in Paralympic sports can be maintained, despite the departure of some its brightest stars, as she contemplates her own future potentially confined to a wheelchair. 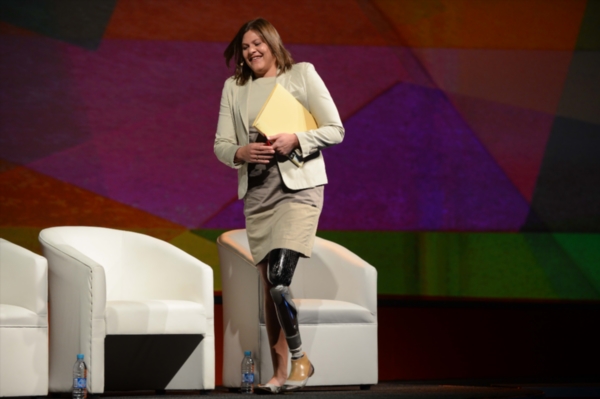 After narrowly missing out on qualifying for the 2000 Sydney Olympics, Du Toit lost half her left leg in a motorcycle accident at the age of 16. Fifteen years on, and two years after retiring from competition, she admits she could face dire consequences for the determination she showed on her return to the pool.

“It scares me to this day that I will end up in a wheelchair by the age of 50,” Du Toit said this week at the launch of the Nedbank National Championships for Physically Disabled.

“The doctors told me it was likely to happen if I did too much exercise with my good leg, but I had a dream – I wanted to go to the Olympics.

“When I got into the pool I swam as hard as I could, and the more I achieved the more I wanted to achieve.”

After the accident, Du Toit competed at three editions of the Paralympics, raking in 13 gold medals, and in 2008 she became the first athlete to carry a national flag at the opening ceremonies of the Olympic and Paralympic Games.

Du Toit and sprinter Oscar Pistorius both elevated themselves to a status achieved by the world’s most accomplished able-bodied athletes, which raised the public interest in disability sport, but she did not believe the support would wane following her retirement and Pistorius’ incarceration.

“I think everyone has the potential. When we came on to the scene there was nobody to show us the ropes and we managed to achieve our goals,” Du Toit said.

Andy Scott, a former Paralympian and previous president of the SA Sports Association for Physically Disabled, also felt there were enough youngsters waiting in the wings ahead of next year’s Rio Games.

“Athletes like Natalie and Oscar have left a huge void, and there were others in the twilight of their careers,” Scott said.

“So we need to get behind the new kids on the block and give them support. You never know what lurks around the corner.”