National 100m record holder Simon Magakwe has been implicated in a doping case with global body the International Association of Athletics Federations (IAAF), according to Athletics SA (ASA) president Aleck Skhosana, though details about the situation remain unclear. While Skhosana said he could not comment on specifics, he confirmed reports on Tuesday that the 28-year-old speedster was being investigated by the IAAF.

“We cannot say anything until the IAAF has issued a statement,” Skhosana said.

“They are in charge of this matter and due process needs to be followed.

“The athlete has appealed and if we comment any further it could have implications in the case.”

Sowetan Live reported that the situation involved an out-of-competition test, with an unnamed official claiming Magakwe had refused to provide a urine sample when approached to do so some months ago.

Magakwe became the first South African athlete to run under 10 seconds in the 100m sprint when he clocked 9.98 to win his sixth straight national title in Pretoria last year.

His manager, Oliver Topueth, said last month he was unlikely to defend his crown at the SA Senior Championships in Stellenbosch this weekend due to a niggling knee injury.

Topueth, however, would not comment on the alleged doping case on Tuesday. 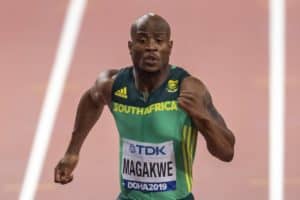 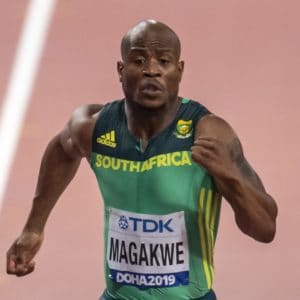