Van der Burgh and le Clos cruise through their heats

Cameron van der Burgh and Chad le Clos both progressed comfortably through their heats on the fifth morning of the SA Swimming Championships at the King's Park Swimming Pool in Durban on Friday. 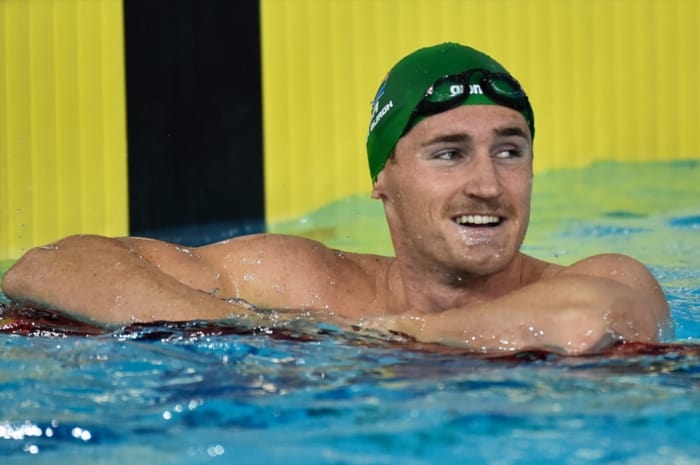 The Olympic champion will be hoping to go quicker in the semifinals or finals in a bid to dip under the Qualification Time Standards (QTS) for the Fina World Long Course Championships in Kazan later this year.

He has already posted a qualification time in the 100m breaststroke. All participants at the April 13-18 nationals must meet stringent qualifying times set by Swimming South Africa in order to have a chance of making the team that will travel to Russia.

Le Clos, meanwhile, who has uncharacteristically had an off-colour week, continued the trend by coming in fifth fastest in the 100m butterfly heats in a time of 55.38.

George du Rand (53.72) lead the way with the fastest time in that discipline.

In other heats on the penultimate morning, Martin Binedell was the fastest qualifier in the 200m backstroke following a time of 2:04.92.

QTS times continued to elude the women, and in particular Karin Prinsloo. South Africa’s top female swimmer was the fastest in the 100m freestyle qualifiers, posting a time of 56.74.

Fellow Northern Tigers’ team-mates, Vanessa Mohr (27.04) and Franko Jonker (2:31.33) were the quickest through the 50m butterfly and 200m breaststroke respectively.

Can SA's struggling Olympic stars turn things around?
1 week ago
1 week ago

Can SA's struggling Olympic stars turn things around?
1 week ago
1 week ago