Lerena on the comeback

It might seem strange to think that at the age of 21 Kevin Lerena, above, is on the comeback trail. 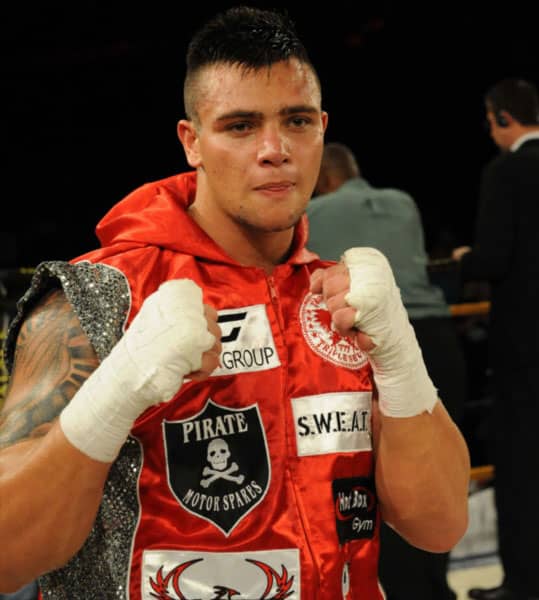 But for all intents and purposes, his second crack at professional boxing is shaping up to hold some promise. Having turned his attention to rugby a few months ago, Lerena soon realised that boxing was his first love and decided to give it another crack and his return has received a massive boost with the materialisation of a title fight.

The unbeaten fighter, who is currently 7-0, will lace up to take on Ghana’s Ibrahim Labaran for the WBF Africa cruiserweight title in Pretoria on September 21, and it’s an opportunity he is looking to take with both hands.

“I wasn’t in a good place a couple of months ago. I tried to go back to rugby to give it one more crack because it felt like I had unfinished business. I just needed to get my life back on track and boxing’s been good to me and I want to see where it can take me,” Lerena said yesterday, reflecting on his return to the ring.

Throughout his training camp he’s enjoyed sparring with the likes of Danie Venter, who will also feature on the night in a fight for the WBF world cruiserweight title against Shawn Cox of Barbados, as well as talented light-heavyweight Isaac Chilemba.

“I’m starting to click in sparring and I’m finding my own. This is the best training camp that I’ve had in terms of preparation and sparring. It’s all there and now it’s just about executing on the night,” Lerena said of his preparation, adding that he feels ready to add a belt to his record.

It’s a line of thought that is shared by his trainer, Sean Smith, and although he admits that he had reservations about his charge sparring against experienced fighters, the fact that Lerena is coping has inspired confidence.

“Camp’s gone great. I was a bit nervous in the beginning to see how he would fare but I’ve been blown away by the way he’s performed in sparring and how he’s handling himself and it’s always nice going into a fight with the confidence of sparring some of the best,” he said.

There’s talk of Lerena making a move up to heavyweight in the future and this title is an opportunity to boost the CV and begin the journey towards success which could explain his dedication to his craft over the past few weeks.

Now for the hard work to pay off.