A 30-year-old heroin addict was arrested after trying to con police for money in Brooklyn, east of Pretoria. 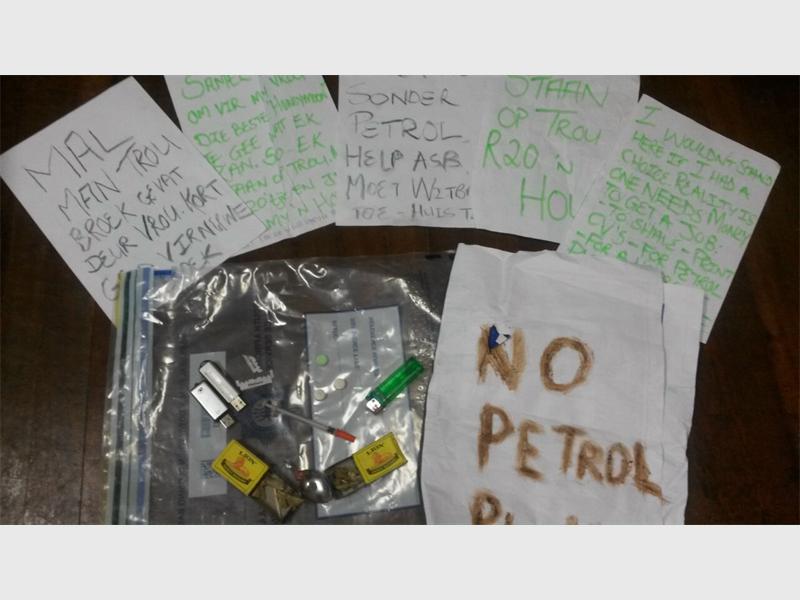 According to Brooklyn police spokesperson Captain Colette Weilbach, female officers spotted the man begging for petrol money on the side of Jan Shoba Street around 1.15pm on Wednesday, Rekord East reported.

“The two police officers stopped to investigate due to the many complaints of beggars who con people with heart-breaking stories. One of the police officers ascertained that the man’s vehicle was not without fuel by starting the engine,” Weilbach said.

Upon searching the man’s car, the police officers found several placards used for begging. They also found heroin along with a burned spoon and a syringe. The Onderstepoort man was subsequently arrested on the spot for possession of drugs. He is expected to appear in the Hatfield Community Court soon.

Weilbach urged the community to be cautious when being asked for money. “Many of the so-called beggars are not always using the donations for honest purposes. People are advised to rather give money to registered organisations that help those in need,” she said.