The 2015 Comrades Marathon will be the longest in over 40 years and is expected to be one of the biggest in the history of the "up-run", organisers confirmed yesterday. 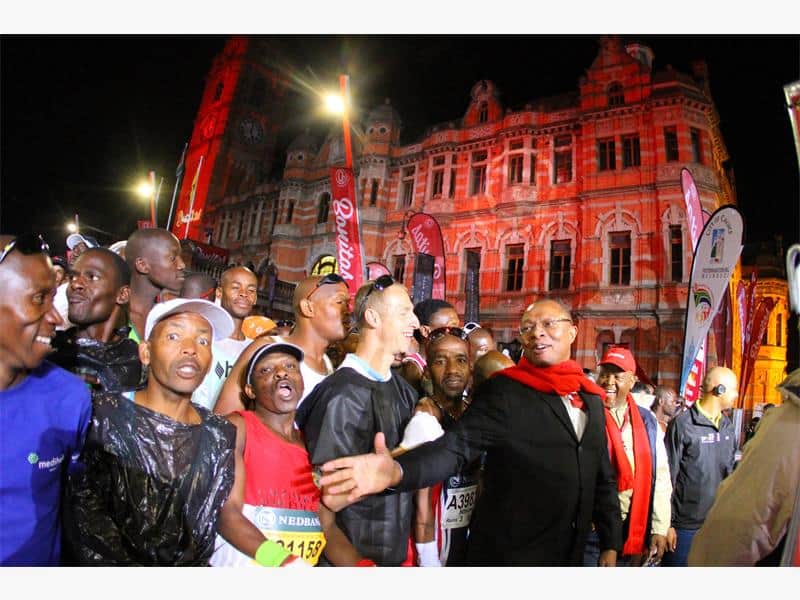 EARLY BIRDS. Runners get ready for the 2014 start of the Comrades Marathon in Pietermaritzburg. This year's race sees 19 069 runners eligible to take part – the second biggest behind the 2000 race. Picture: Gallo Images

19 069 runners eligible to take part after 22 370 entries received – the second biggest behind the 2000 millennium edition of the world famous ultra marathon.

“It’s a special year and we’re expecting it to be a fantastic race,” race director Rowyn James said.

“The race has grown impressively over the years and we expect it to grow even further in the years ahead.”

From the entrant numbers, the race also includes just over 2000 international athletes, more than double the 700 odd foreigners that participated eight years ago.

“The brand has really grown dramatically and the numbers shows the interest in Comrades from abroad,” James said.

The annual race, which alternates in direction each year between the two main cities in KwaZulu-Natal, is expected to boost the provincial economy by R510-million in 2015.

Prize-money for the overall winner is also up from previous years and now stands at R375 000, while a further R1.5-million is on offer for anyone that can break the 5:24.49 “up-run” record set by Russian Leonid Shvetsov back in 2008. The total potential winners’ takings therefore make it the richest race in Africa.

James also confirmed that distance of the race – 87.72km – makes it one of the longest in recent memory dating right back to the early 1970s when Derek Preiss and Dave Bagshaw where dominating the event. The reason for the extension is due to road maintenance in Pinetown.

“A section of Old Main Road or Josiah Gumede Road is under road works, so there is a deviation to the route with an extra 877 metres added,” James added.

Cut-off points at halfway (Drummond Hill) and Cato Ridge have been extended due to the change.