New Proteas netball coach Norma Plummer believes the national team can bag their first medal at the World Cup in 20 years, but she admits it's going to be a challenge. 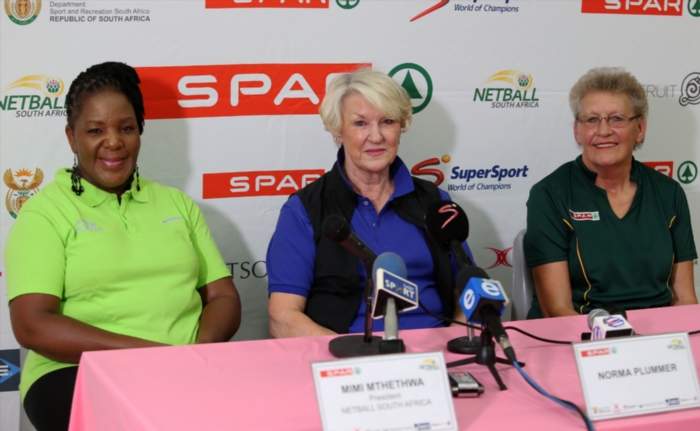 South Africa have twice earned medals at the global showpiece, securing bronze in Perth in 1967 and silver in Birmingham in 1995, but they have not finished higher than fifth at the last four editions.

“Never say never. The minute you start thinking you’re only good enough to go so far, I think you take away the opportunity to challenge yourself and put the passion out there,” Plummer said on Wednesday.

“You’ve got nothing to lose, so open it up and give it a go.”

The 70-year-old Plummer, who coached her native Australia to the last two world titles in 2007 and 2011, was confirmed as the SA head coach on day two of the Diamond Challenge series in Margate.

While her appointment was expected to be announced on Monday, before the tournament started, Netball SA president Mimi Mthethwa said the national body needed to confirm the decision first with the International Netball Federation (INF), which had caused a delay.

“It was not an issue of the INF ratifying it, we just wanted to do things according to protocol,” Mthethwa said.

“We did not want them to hear about it through the grapevine.”

Former Proteas coach Bennie Saayman, who was appointed in January, would stay on as an assistant coach, joined by former Australia assistant Nicole Cusack.

Plummer, who won the world title with Australia as a player in 1975, previously worked as a consultant for the Proteas, England and Jamaica.

Mthethwa confirmed she would take the SA team to the World Cup in Sydney in August, after which her contract would be reassessed.

Ramaphosa: Employment stimulus to stave off job crisis
5 hours ago
5 hours ago

Ramaphosa: Employment stimulus to stave off job crisis
5 hours ago
5 hours ago