Captain John-Laffnie de Jager admitted South Africa were completely outplayed after his team went down 4-1 to Slovenia in their Davis Cup Euro-Africa Group I tie in Ljubljana at the weekend. 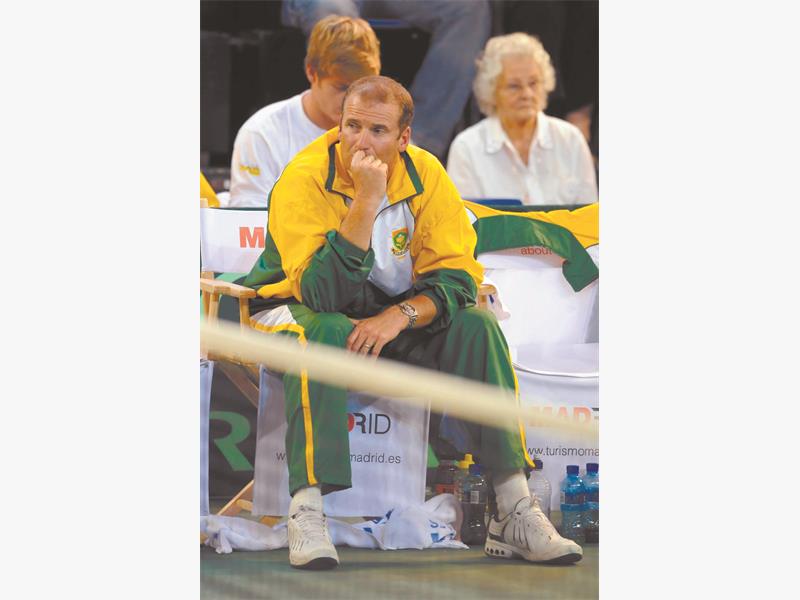 South Africa will now face Russia, away from home, in a relegation playoff next month in an effort to retain their Group I status.

“We always knew that playing Slovenia away in Slovenia was going to be a tall order,” De Jager said.

“Despite us being as best prepared as we could be, the Slovenian team made the very most of their home advantage and really proved to be the better team this weekend.

“I would like to congratulate Slovenia on their emphatic win. We will now have to regroup and focus on the all-important tie next month against Russia.

“Playing Russia away in Russia will be rough but once again we will do our very best to take on the challenge with everything we have.”

Needing to win the doubles rubber on Saturday, after Rik de Voest and Ruan Roelofse had lost their singles clashes on the opening day, Raven Klaasen and Nikala Scholtz went down 5-7, 1-6, 6-7(4) in a straight sets defeat to Blaz Kavcic and Blaz Rola.

Scholtz replaced Roelofse, who was unavailable for the doubles match due to a hamstring injury.