SA sailor Stefano Marcia is optimistic Rio will sort out its putrid water quality issues by the time the Olympic Games kick off in a year’s time. 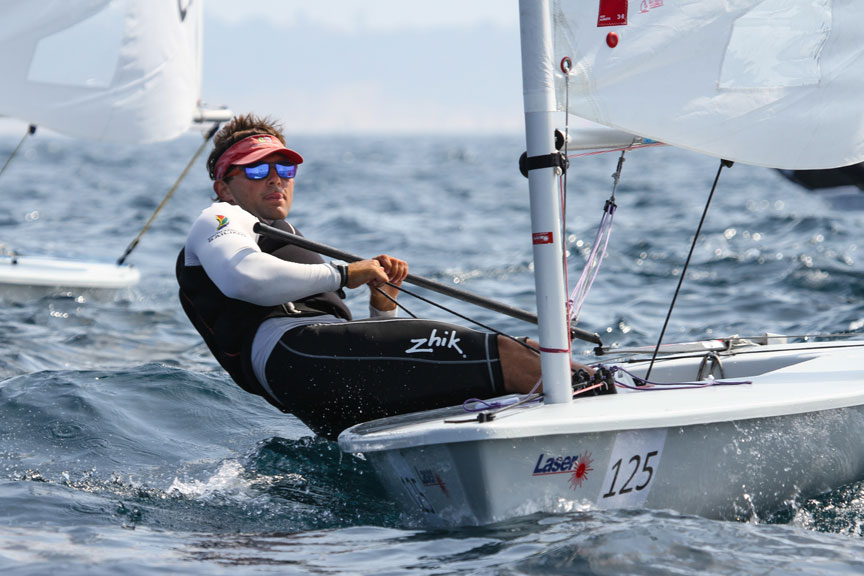 A recent report released by the Associated Press revealed that both viral and bacterial tests had been conducted on the water in which Olympic athletes will compete in Rio. Experts concluded that it was highly unsafe and athletes risk becoming “violently ill and unable to compete at the Games” due to “dangerously high levels of viruses and bacteria from human sewage in Olympic and Paralympic venues”.

But Marcia, who is currently in Rio competing at the Aquece Rio – International Sailing Regatta 2015 (an Olympic test event), which gets under way on Saturday, believes that despite its current state, things are improving.

“The water doesn’t look great, and there is still pollution floating around, but from what I’ve heard from sailors who were here in the past, the water quality is a vast improvement and hopefully this keeps getting better,” said the Johannesburg sailor. “It wouldn’t be fair if we have a bunch of top sailors getting ill during the games due to a problem that could have been prevented.

“By the sounds of everything and what I gathered from talking to people,  everything is improving, and hopefully by this time next year we will all be worry-free sailing on the waters
of Rio.”

Marcia recently qualified South Africa for the Olympic Games, thanks to an impressive performance at the Laser World Championships in Canada. The final selection for Team SA
is now in the hands of South African Sailing and the SA Sports Confederation and Olympic Committee (Sascoc), but in the meantime, he is taking the opportunity to familiarise himself with the host venue for the 2016 Games.

“It’s my first time in Rio and sailing on these waters,” he said. “It’s a really beautiful place to be sailing. The views and backdrops out on the water really allow my eyes to wonder and see Rio from a completely different point.

“This event now will be used as a benchmark for the Games next year. I’m one of the youngest guys in the fleet, so it’s going to be important that I absorb as much as I can from racing with the top guys and allowing my learning curve to keep going up and using these experiences to my advantage come the Games next year,” said the 21-year-old.

“I would really like to finish around the 50% mark, as this is my first regatta here, and I don’t really have much understanding of the wind and current yet. I want to get a couple of top 10 finishes just to mix it up with the top guys and get that experience of racing in the front of the fleet,” Marcia added.

“My confidence and self-belief is on the rise after qualifying at last month’s world champs. I’ve got more confidence in myself and abilities, and I honestly believe I can win gold at the Olympic Games in Tokyo in 2020 and probably pull a few upsets at next year’s Games if conditions are right for myself and I get in the click of things.”

The Aquece Rio – International Sailing Regatta 2015 in Rio gets under way on Saturday and runs until August 22 with 339 sailors from 52 countries taking part.