Stephen Mokoka and Rene Kalmer said yesterday they were relieved to have successfully defended their national half-marathon titles in tough conditions on Saturday. 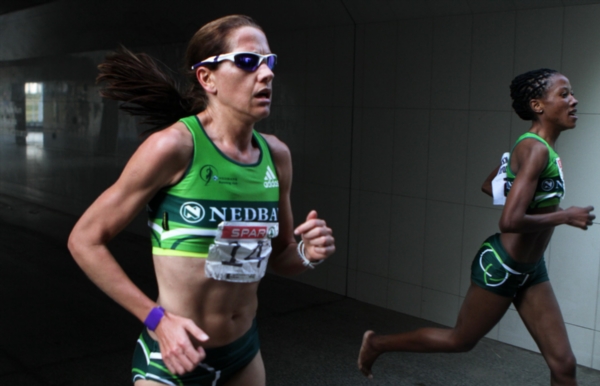 April held on to finish second, 22 seconds off the pace, and track specialist Elroy Gelant, who had bagged the South African 4km and 12km cross country titles the previous week, again showed his versatility by taking third place in 1:03:34.

“It was a difficult course, up and down, and we were running into the wind, so it wasn’t a fast race,” Mokoka said.

“I was hoping to finish in the top three to ensure I’m in the team for next year’s World Half-Marathon Championships – if South Africa decides to send a team – so I’m very happy with my performance.”

Kalmer continued her comeback from persistent injuries, which had hampered her since the Boston Marathon in April, as she bagged her second straight title in the women’s 21km race.

She won by nearly half a minute in 1:15:18, with national marathon champion Cornelia Joubert securing the silver medal in 1:15:46.

Zimbabwean Rutendo Nyahora was third, a further 23 seconds adrift, but she was ineligible for a podium place in the SA championships, and the bronze medal went to Jenna Challenor, who finished fourth in 1:16:31.

“It was tough. The course was not ideal for a championship race,” Kalmer said.