Boxing action makes a return to Carnival City tonight as BRD Promotions stage yet another development tournament with their "Boxing Explosion". 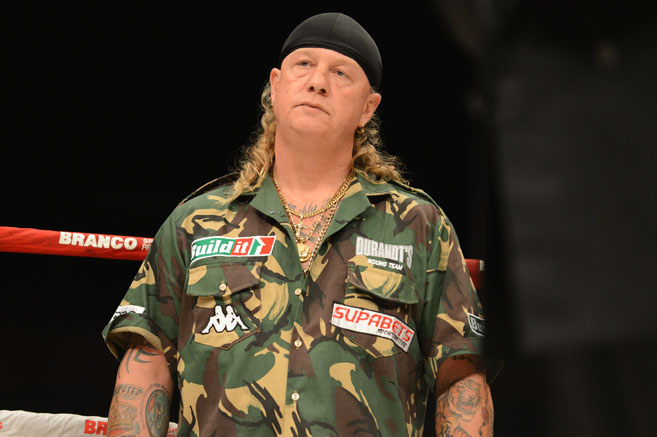 Seven fights make up the card but one of the more intriguing battles involves welterweights Jared Silverman and Stone van Aswegen.

There will be an element of bad blood when the two step in for this eight rounder given that Van Aswegen issued a personal challenge to “Hollywood”.

But Silverman and his conditioner Nick Durandt, pictured, are unfazed and head into the bout after a successful training camp.

“This fight’s been in the making for a while now and I believe it’s going to be a helluva fight,” Durandt said ahead of the showdown.

“The two are very evenly matched and while Stone comes with good credentials on paper the fight is taking place in the ring,” he added of Van Aswegen’s unbeaten record of 4-0. Silverman, on the other hand, is 8-3.

It will be a busy night for Durandt who has two other fighters on the card.

The highly-rated Essiane Clotilde, whose only blemish came against former world champion Noni Tenge, features in a women’s super-middleweight bout against Lillian Molala.

Stanis Kulondi rounds off the trio when he makes his South African debut in a junior-middleweight scrap against Vusi Bilankulu.

The headline bout sees the return of Warren Joubert in a junior-welterweight clash against Masterd Mangaladza.

In other fights, Dwayne Combrink meets Daddy Mpiga in a middleweight clash while Deon Coetzee fights Jean Lutete at cruiserweight and Walter Dlamini fights Hanson Baloyi in the super-middleweight division.