Having narrowly lost out in their previous two international campaigns, captain Janine van Wyk said Banyana Banyana were "over the moon" after ensuring their place at next year's Rio Olympics. The national team failed in their bid to qualify for this year’s Women’s World Cup in Canada after losing 1-0 to Ivory Coast in the third-place playoff at the 2014 African Women’s Championship in Namibia.

Compounding their woes last month, they were eliminated in the group stages of the African Games in Brazzaville. After ending level on points with Ghana, they lost out when lots were drawn for a place in the semifinals.

They made up for those disappointments, however, by wrapping up a 1-0 aggregate victory over Equatorial Guinea in the final round of African qualifiers for the Rio Games at the weekend.

“We lost out on the World Cup last year and at the African Games, but there was something bigger waiting for us and that was the Olympic Games, so I am over the moon,” Van Wyk said in an interview with the SA Football Association.

“It’s an incredible feeling and now I know we can go home and celebrate.

“More hard work lies ahead of us for the Olympics, but we are looking forward to it.”

Van Wyk believed their participation at the Games would showcase the team’s progress over the last few years, after they were knocked out in the first round on their Olympic debut at London 2012.

“Next year it will be interesting to see and compare the level that we are at, competing against some of the best in the world,” she said.

“I believe South Africa has talent and can compete with international teams.

“It will also be a way for us to challenge ourselves to check what strides forward we have made. We can’t wait to start preparations for Rio.”

The skipper credited Dutch coach Vera Pauw for her contribution to the squad since she was appointed in March last year.

“We now play good football, and she brings out the best in every player, so we have to give credit as well.

“We are going to the Olympics with her by our side, and with her experience I will not surprised if we do really well. Our aim is to get out of the group stages, as we did not do so in 2012.”

Van Wyk hoped their second successive appearance at the Olympics would help raise the profile of women’s football in South Africa, and narrow the gap on the lucrative men’s game.

While professional men’s leagues provide opportunities for players to earn a living from the sport, the amateur women’s setup continues to restrict the potential progress of the national squad.

“We are keeping women’s football up there and hopefully there will be professional leagues that come with this feat in the next few years,” Van Wyk said.

“I want to believe women’s football deserves more than they have at the moment.” 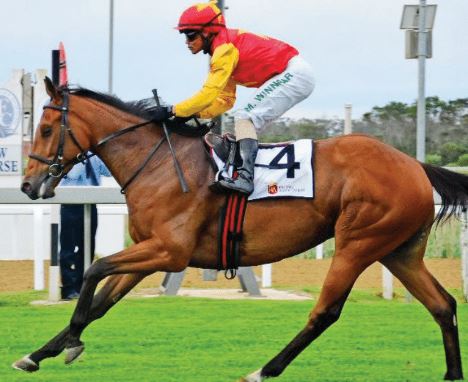