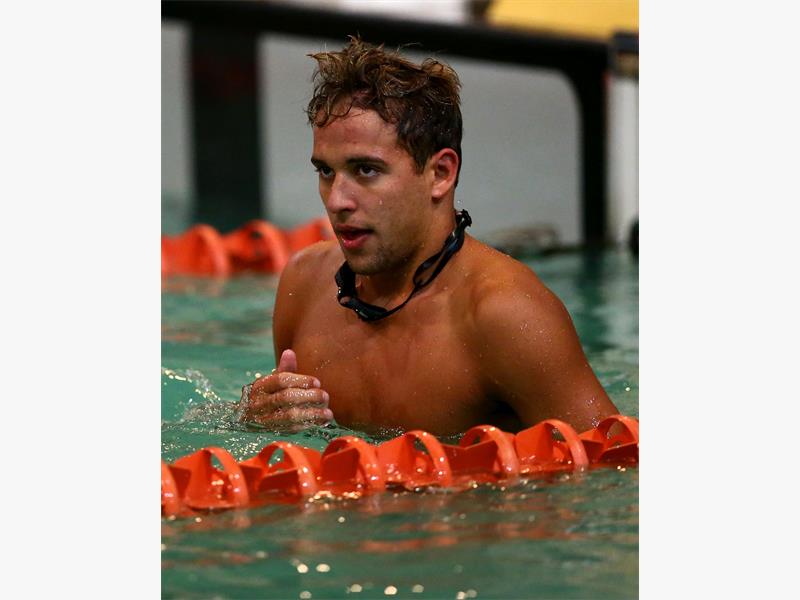 Hill, who coaches Le Clos and rising star Myles Brown, and oversees the national squad, was pleased that Le Clos had maintained his momentum this year, indicating he was on track for a bag of medals at the 2016 Rio Olympics.

“After what he achieved last season (Olympic gold and silver), for Chad to follow through and back himself the way he did is not easy,” Hill said.

“Even Michael Phelps had off years between Olympics. It’s a lot of stress to handle.”

Le Clos grabbed gold in the 100m and 200m butterfly at the Fina World Championships in Barcelona and clinched the overall World Cup title for the second time with a haul of 35 medals in the eight-leg series.

He also improved the world 200m butterfly record twice, lowering Brazilian Kaio Almeida’s four-year-old global mark by more than half a second, ultimately bringing it down to 1:48.56.

Brown, 21, also took sixth place in the 400m freestyle at the global championships during a breakthrough season.

“Myles is well on track. He didn’t qualify for the Olympics last year and now he’s one of the best middle-distance swimmers in the world,” Hill said.

“All three guys were great at the World Cup and showed again that we’re up there, and the world now sees us as one of the best.”