Two South Africans are preparing to tackle scorching heat, treacherous conditions, ominous sea creatures and the threat of boredom when they attempt to complete the longest unassisted open water stage swim on record. 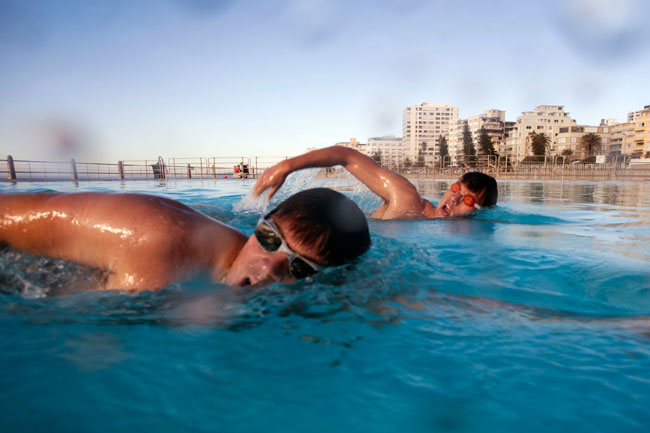 Thane Williams and Jonno Proudfoot are swimming mega distances in training in an effort to raise money for charity by finishing a 450km endurance challenge across the Mozambican Channel in March next year.

“The sun will be a big factor because we can’t just swim in the morning and the evening,” Williams said.

“Marine life is also a concern not so much sharks, but jelly fish and it’s also going to be difficult to stay motivated because the landscape won’t change.”

The duo are hoping to complete the challenge within 35 days, without the use of fins, wetsuits, breathing apparatus or protection from sea life.

“Each day we will swim at least three stages,” Proudfoot said.

“Depending on the weather, currents, swells and storms, we’re hoping to swim 20km a day.

“Each time we touch the boat, the GPS coordinates will be taken, and we’ll get back in the water in the same place for the next stage.”

He has taken his approach to extreme levels, however, with the pair spending hours every day preparing for the arduous challenge.

“We’re doing about 60km a week, and we’re building up to 100km a week with two swims a day,” Williams said.

They will raise money for the Miles for Smiles charity, which funds operations for children born with cleft lips and palates, and donations will be taken on the event website.

With four months to go, however, they have not found enough financial support to complete the swim.

“We have kit and sunscreen sponsors, but we’re still looking for a headline sponsor,” Williams said.

“We can’t afford to cover all the costs ourselves.”