Shoppers at Southgate Mall, who were seen pushing trolleys loaded with groceries, said they were doing their monthly shopping and not stockpiling. 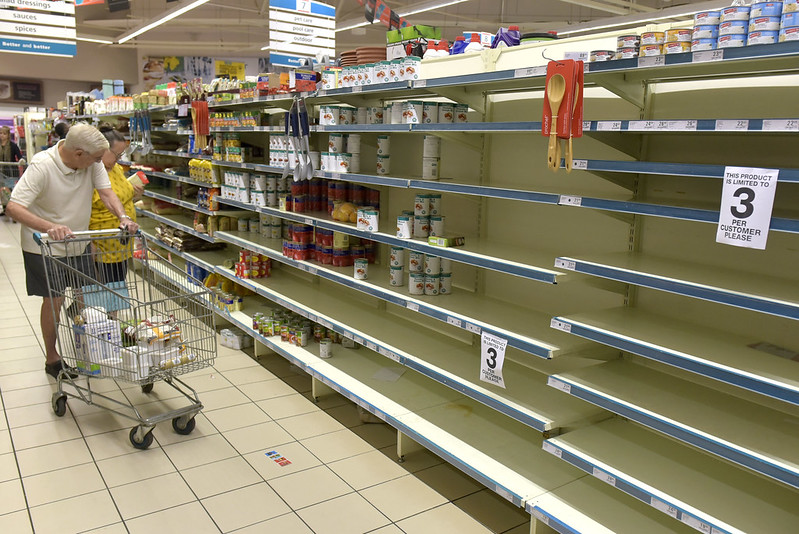 There were some long queues at stores in parts of Johannesburg, as shoppers ensured they had enough before the national lockdown began at midnight on Thursday, but shoppers in the south of the city said they were not panic buying.

Shoppers at Southgate Mall, who were seen pushing trolleys loaded with groceries, said they were doing their monthly shopping and not stockpiling.

Linda Bigeyes, who was accompanied by her mother, said she was not panicking.

“Schools are closed and I have children who want many things. I am here to add what is missing. Whenever we run out of other food items, like bread and milk, we will go to the shops,” she said.

A lady, who identified herself as Minie, said she and her family were “relaxed” because Ramaphosa had assured the nation there was no need to panic.

“The president assured us that we must relax and obey the law. We are buying what we will be needing for the coming 21 days. We don’t have money to buy more and, if we had, we would have bought many things,” said Minie.

Mduduzi Skhosana said he was at the mall to buy puzzles for his young children.

“We will be indoors with my family. My children need toys and puzzles to keep busy while waiting for the lockdown to end. We are happy that we will be able to get petrol and buy food during the lockdown,” he said.

Tshepo Mohulatsi said he had expected to see many people queuing outside stores.

“I was shocked when we arrived that it was an ordinary day where people were doing their things. I haven’t seen people panicking. I think that people are not worried because they will be able to buy groceries anytime they feel like,” Mohulatsi said.

Rethabile Ntsheare also said she was not a panic buyer.

“I am relaxed and this thing will pass. There is no need for us to be worried. Government is in charge and things will be back to normal soon.

“We are here to buy what we don’t have at home. What will happen to the things we would have stockpiled after the lockdown? We must give other shoppers a chance to buy what they need, unlike in other areas where we have seen people buying many things,” Ntsheare said.