The minister has tested negative for Covid-19 since returning from a trip to the Republic of Congo two weeks ago, which was attended by a colleague who later tested positive. 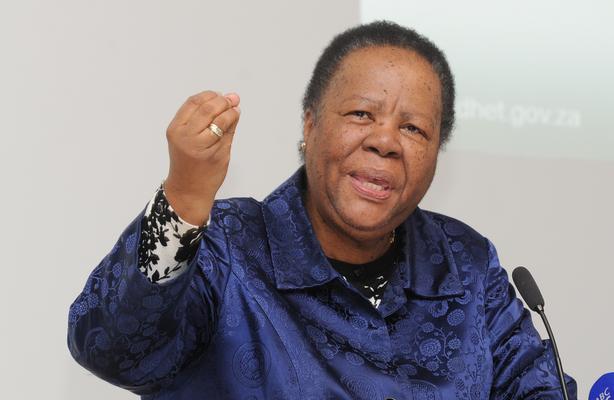 After finding out an official she works with closely tested positive for Covid-19 after returning from a trip to Oyo in the Republic of Congo, International Relations Minister Naledi Pandor and her spokesperson Lunga Ngqengelele went into self-quarantine.

Mail & Guardian reports she tested negative since returning from a trip to the Republic of Congo two weeks ago.

The official in question has also been in self-isolation since then.

According to the publication, the Dirco official had accompanied Pandor, who was travelling in a chartered flight with her Cabinet colleagues, Ayanda Dlodlo (state security), Nosiviwe Mapisa-Nqakula (defence) and other government officials.

The group travelled to the African headquarters of the World Health Organisation (WHO) to attend a meeting of the African Union contact group on Libya. Congo reportedly recorded its first Covid-19 case on March 15.

“Following a false rumour concerning the minister, the minister underwent a test and has received results indicating she is negative for Covid-19. The staff member … is in self-isolation and has no symptoms suggesting a need for quarantine,” Ngqengelele told the publication.

He went on to explain that the current requirements were self-isolation by contacts and test[ing] in event of symptoms.

“All persons in office who have had contact with the staff member have been in self-isolation, including the minister. The minister was informed of the staff member’s test after the inauguration in Namibia,” added the spokesperson.

Additionally, the department ensured the offices of the ministry had been sanitised, as per regulations.