Three of the officers are from the Transport Management Centre (TMC) in Goodwood, and one from its facility in Khayelitsha. 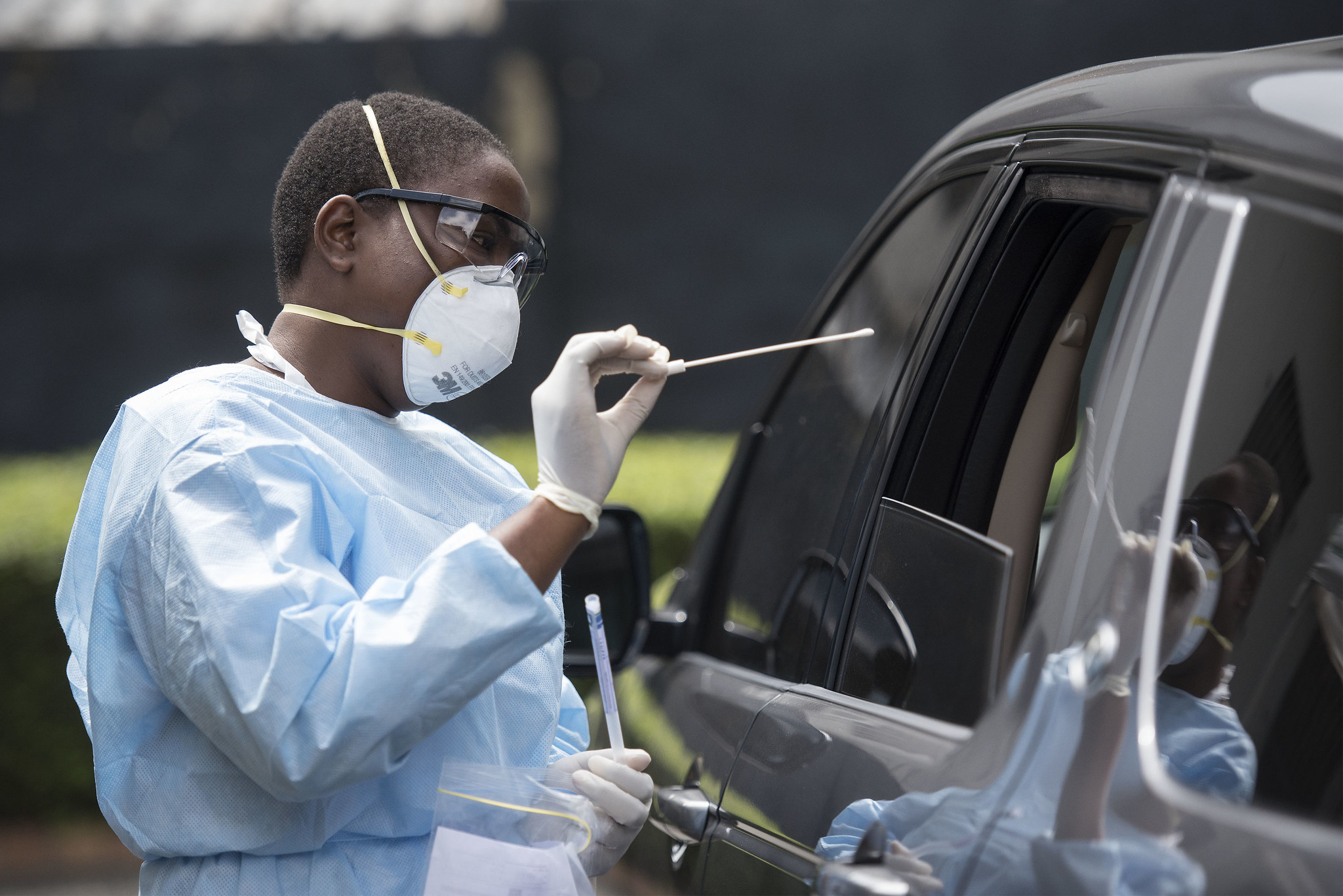 Lancet Laboratory Rochester Place nurse Mukhethwa Audry Ramalata tests patients for coronavirus during drive-through testing, 18 March 2020, in Sandton, at the lab. Patients arriving at the facility have all been referred by a doctor to be tested. Picture: Michel Bega

Four metro police officers have tested positive for the coronavirus, the City of Cape Town confirmed on Wednesday.

Spokesperson Priya Reddy said three of the officers were from the Transport Management Centre (TMC) in Goodwood, and one from its facility in Khayelitsha.

“Both of these facilities were evacuated on receipt of the information, and deep cleansed and sanitised as per the health and safety protocols. Staff were relocated for the time being, and in the case of the TMC, the building is now operational again,” Reddy said.

“The facility in Khayelitsha will be opened by [Thursday], if all goes as planned.”

According to Reddy, the four officers were receiving medical attention.

“All employees who may have had contact with the officers are currently in isolation and have been tested as well. We are awaiting the outcome of the results.”

She said the City had contingency plans in place to ensure that, as far as possible, operations and service delivery continued as normal.

Western Cape Premier Alan Winde on Wednesday afternoon confirmed the province had recorded 1,068 confirmed cases of the coronavirus, of which 856 were within the Cape Town metro.

The number of fatalities stood at 22.

A total of 43 patients were in hospital, of which 19 were in the intensive care unit.