'What is this government trying to hide?' asked DA leader in the province Zwakele Mncwango. 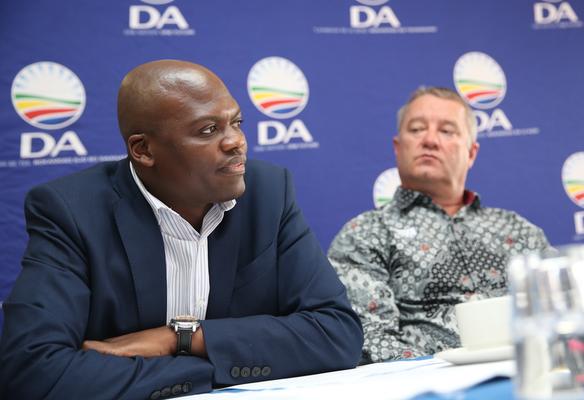 The DA has submitted a Promotion of Access to Information Act (PAIA) request to the KwaZulu-Natal Department of Health, saying that the KZN government has refused their pleas for access to comprehensive Covid-19 reports.

The premier’s office however has countered this, saying the provincial government and Premier Sihle Zikalala himself have always been “open and honest”.

DA leader in the province Zwakele Mncwango said on Thursday that the department had 30 working days to respond with the information they requested.

“In the event that it does not, the DA will approach the Public Protector and the Human Rights Commission.”

Mncwango said they made weeks of appeals for Zikalala to share crucial information about the pandemic “in a bid to both educate and highlight awareness amongst KZN’s citizens”.

“To date, the premier has refused to do so on the basis that it may cause panic in those areas which have been identified as so-called ‘hotspots’. Yet this has not been the case in provinces, including the DA-led Western Cape and Gauteng where public user-friendly data per area has been disseminated.”

He also accused Zikalala of having an “air of secrecy which has marked the provincial government’s handling of this pandemic to date”.

“This is particularly relevant when one considers the double standards when it comes to the release of infection statistics at private hospitals as opposed to state hospitals. This begs the question, what is this government trying to hide?”

Mncwango said that while Zikalala had begun releasing a district municipal breakdown, “it was not enough”.

“The lack of information made available to the public demands intervention and it is for this reason that the DA has submitted the PAIA [request] to the department.

He said they called for a breakdown, per district, municipality and township, of:

“This is information that belongs in the public domain and the premier should consider the DA’s PAIA as a warning that we will not tolerate such autocracy.”

Spokesperson in the premier’s office Lennox Mabaso said that while they had not seen the DA’s statement or application, the government had been “open and honest”.

“On a regular basis, the premier and provincial command council provides information to the public on stats in KZN. We have been acting responsibly. Government believes that Covid-19 is not a matter for politicking and squabbling. It is a matter of life and death to the citizens of SA.”

He said KZN was fighting heavy stigma related to Covid-19.

“We have seen the ugly signs with a protest in iLembe District last week where residents did not want Covid-19 patients at a local facility. Those are the sort of things we are trying to avoid.”