No mask, no entry: Joburg malls require shoppers to cover up

The condition that it was mandatory to wear masks gave rise to a business opportunity for locals who were seen selling cloth masks at Campus Square. 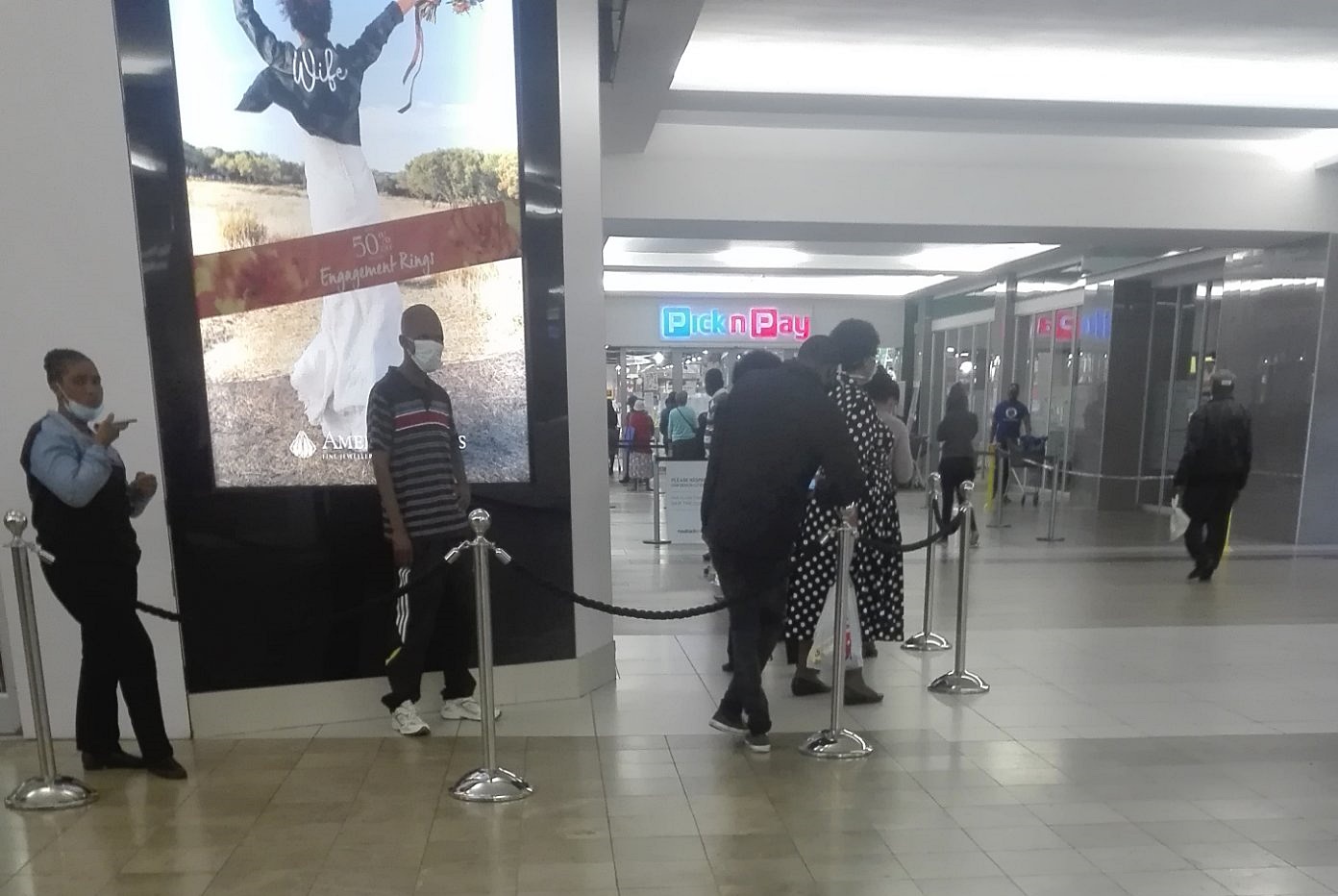 There was a no-mask-no-entry policy at Johannesburg shopping malls on Friday, when level 4 lockdown restrictions kicked in.

And residents of what’s known as South Africa’s City of Gold seemed to be out in their numbers to take advantage of the regulations that allowed them to shop for more than just absolute essentials.

From Campus Square in Auckland Park to Rosebank Mall, Sandton City and Alex Mall in Alexandra, hundreds of people were out – and not just for food, but for clothing too.

The condition that it was mandatory to wear masks gave rise to a business opportunity for locals who were seen selling cloth masks at Campus Square.

Mr D motorbikes could be seen at the mall waiting for calls from customers for the delivery of orders from restaurants.

At Alex Mall, residents queued outside as they waited to enter to buy food and clothing.

Those without masks were turned back. Before customers could enter the mall, they were given soap to wash their hands before walking through a sanitising pod.

It was a hive of activity inside the mall with some stores blasting music in the background. But it was not business as usual because social distancing was strictly adhered to.

Doors at clothing outlets were only opened halfway and a handful of shoppers were allowed in at a time.

Among the crowds at Alex Mall was Tintswalo Maluleke who said that all she needed was to purchase winter clothes, especially for her children.

“I am happy that we now get the time to go outside because we have been locked inside the house. At least today we saw a few people,” she said.

The centre manager at Alex Mall, Lucky Mabiletsa, said the mall staff had been very strict since the virus hit the country, making it compulsory for shoppers to use hand sanitiser before they were allowed to enter.

Mabiletsa said the centre heeded the government’s call for masks to be worn in public places, by requesting everyone to comply.

“We did filter it to people to say that on 1 May, [in line with] the mandate from the president, anybody who comes to our mall must have a mask.

“As you know, there’s different characters, other people will be impossible and difficult, but most of our masses have got masks [and] have heeded the call,” Mabiletsa said.

Debonairs was the only food outlet operating at the mall because it already had a delivery system in place, the centre manager said. He said no other food outlets informed him about whether they would operate or not.

“I think they are still digesting the system of deliveries. Others [are] thinking [about] whether they should go for it, because others have never used the system. We will hear from them,” Mabiletsa said.

At Sandton City, there were only a few clothing chain stores that opened for business, such as Edgars, Truworths and Woolworths.

At Eastgate Shopping Centre, the parking area appeared to be more packed then it was during the level 5 lockdown.

If Eastgate customers did not have masks, they were required to buy masks at the entrance before they could enter.

There were similar scenes in Cresta and Rosebank where residents made their way to get their hands on goods they couldn’t buy under the level 5 lockdown, but which were allowed under level 4.

News24 called Chicken Licken at The Zone in Rosebank, and was told that the outlet was waiting for its orders and was still offline on Uber Eats until later in the day.