Another top scientist says experts are being sidelined

Professor François Venter says it is unclear who is advising the government on the lockdown regulations. Another top scientist and member of health minister Zweli Mkhize’s Ministerial Advisory Committee (MAC) on Covid-19 has come out in support of Professor Glenda Gray, accusing the government of not consulting the country’s top scientists on lockdown regulations.

Venter is one of 51 academics who publicly pledged their support to Gray on Saturday after the health department’s acting director general, Dr Anban Pillay, formally requested the South African Medical Research Council, of which Gray is CEO and president, to investigate her comments to News24.

Following comments made by Gray and Mkhize, News24 reached out to most of the 51-member MAC.

The majority declined to comment or did not respond by the time of publication.

On Saturday, a group of scientists, academics and policy experts condemned the threat against Gray “for expressing her opinion in public” which, they said, “is totally out of step with the public pronouncements made by the president, welcoming criticism.”

“We uphold the right to academic freedom of speech, and call on the South African government to engage openly with alternate views, and for all of us to urgently work towards constructive solutions regarding policy, in the interests of the country,” the group said.

Venter, who is the deputy executive director of the Wits Reproductive Health and HIV Institute, told News24 the government did not ask the MAC’s scientists for advice on some of the regulations.

He serves on the MAC alongside Gray and Professor Salim Abdool Karim, the chairperson.

He said there was frustration among some scientists as “some of the best scientists aren’t actually being asked [about] their debate [among themselves], their opinions or… being taken seriously.”

“The bottom line is, I think, we all supported a science and epidemiological approach, we’re just not sure who is providing that advice at this point because it’s not the main MAC.”

Venter added some of the issues the MAC provided advice on were around mask wearing and ICU protocols, adding “amazing work” had been done by the team.

The head of the South African Medical Association (SAMA) and fellow MAC member Dr Angelique Coetzee said Gray was given the opportunity to address the MAC last Saturday.

She added Gray’s explanation was accepted by the committee and the matter was now considered closed.

Gray told News24 on Saturday she was no longer allowed to speak to the media.

Another MAC member and head of infectious diseases at the University of KwaZulu-Natal Dr Yunus Moosa said: “Each party has had his or her say and I believe we are better for it.

“It’s now time to focus on the virus and the health of the country. This is a distraction that no one needs right now.”

Gray, a paediatrician and renowned HIV vaccinologist, told News24 in an interview last Saturday some of the lockdown regulations were “unscientific”.

In the interview, she said she felt as though many of the regulations surrounding the lockdown were seemingly thumb-sucked, adding she could not see any scientific basis for certain regulations, such as the ban on the sale of open-toed shoes.

“This strategy is not based in science and is completely unmeasured. [It’s] almost as if someone is sucking regulations out of their thumb and implementing rubbish, quite frankly.

“In the face of a young population, we refuse to let people out. We make them exercise for three hours a day and then complain that there’s congestion in this time. We punish children and kick them out of school and we deny them an education. For what? Where is the scientific evidence for that?”

Gray also said there was an increase in malnutrition cases at Chris Hani Baragwanath Hospital in Soweto in May, which needed to be monitored.

She and her colleague Professor Ian Sanne raised concerns that non-Covid-19 illnesses were not being attended to in hospitals.

Mkhize said in a statement on Wednesday night Gray’s views were based on “factually incorrect and unfounded statements.”

“At no point has the department of health or government as a whole ignored and not responded to the advice of the Ministerial Advisory Committee on Covid-19,” he added.

Last weekend, Karim said the committee was currently working on an advisory around the regulations and the easing of the lockdown.

But Venter and Gray’s criticism is that the MAC was not asked for advice before some of the lockdown regulations were put in place.

“What I can say is that the MAC did not discuss the lockdowns or the nature of them or what was being done around them,” he said.

While this was not a problem for Venter, he said he did not know who the people were who advised on these aspects or whether they were even part of the MAC, calling on the government to reveal who these experts were.

“We only finally got the modelling yesterday, released publicly, and it’s modelling on the deaths and the new infections – I have no sense of where the advice is in terms of the lockdown and the regulations around the lockdown – who’s advising the government.

“It’s a countrywide fear that we don’t know who is making these decisions or why. Just explain. It doesn’t have to be perfect, we don’t have to agree either. But at least give us a rationale for some of the reasoning,” Venter said.

He added some “bizarre” regulations distracted from important discussions.

“This is a social contract with society – the masks, the hand-washing, the respect for each other – it’s hinged on trust,” Venter said, adding there were signs the legitimacy of government’s scientific explanations was being undermined.

“That’s a pity because we need the government to be leading with a science-based agenda.”

Fellow MAC member and professor of vaccinology at Wits University Shabir Madhi said the government needed to be open with the public when making decisions.

“The whole concept of openness of thought, openness of sharing of information and data is critical if you want everyone to be able to deliver their full potential in assisting the government with coming up with the correct recommendation that they require,” Madhi added.

Mkhize took issue with four key claims made by Gray, including her claim that the government was not listening to scientists.

He said 50 advisories had been issued by the MAC and all were accepted by the government.

Gray also said child malnutrition cases had increased at Chris Baragwanath Hospital in the first weeks of May after clarifying her comment that these cases were being seen at the hospital for the first time.

But Mkhize said malnutrition cases (he did not specify whether these related to children only) had decreased during March and April compared to the same period last year.

News24 asked the Gauteng department of health for clarity on child malnutrition numbers at the hospital on Thursday but no response had been received at the time of publication.

Another MAC member and head of oral health at Wits University Dr Simon Nemutandani said MAC members were “encouraged by the chair [Karim] to engage and debate robustly”.

He added Gray’s comments were made in her personal capacity and were not reflective of the MAC’s views or decisions.

“There will always be difference of opinions as we are in uncharted territory… The MAC discussed the matter [Gray’s comments to News24] and it’s now water under the bridge.

“We are repairing the ship while sailing. The minister’s response was to the media comments made by Prof Gray, which … was not the MAC’s position. His response is watertight, challenging academics to guide society based on relevant, up-to-date evidence,” said Nemutandani.

While the government and scientists were free to criticise each other, Venter said Mkhize’s comments were unfortunate.

“The criticism is not just from individuals in the MAC, it’s a countrywide criticism which is focused on the science of some of these recommendations and the fact that they are not being explained,” he told News24.

“I think that pointing to individuals at this point is distracting us from a weakness in the government’s communication strategy.”

This past week, the MAC has had “productive discussions” which Venter was pleased with.

However, he said the reaction from the government towards criticism was an “unfortunate escalation of unnecessary temperatures”.

While Madhi believed scientists were allowed to criticise recommendations which they felt were not based in science, the government was equally allowed to respond.

“I think it’s more an issue of the government addressing criticism and I think it’s correct to address criticism because that allows for openness in terms of the types of discussion that should be happening in the public domain,” he said. 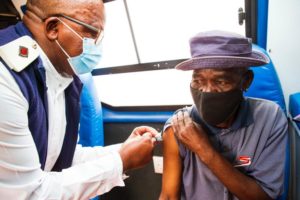 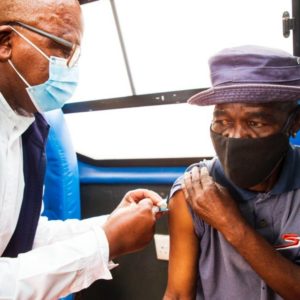