Cogta said that those caught running illegal initiation schools would face the full might of the law. 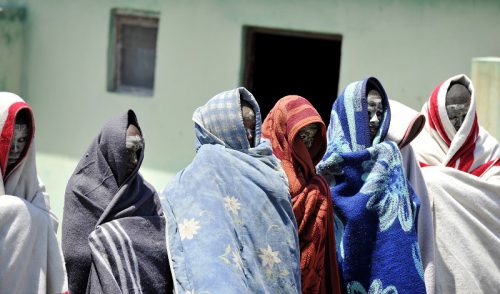 The Department of Cooperative Governance and Traditional Affairs (Cogta has announced that the suspension of initiation schools would continue during the December period under level one of the Covid-19 lockdown.

“In an unprecedented but necessary undertaking, traditional initiation practices remain officially suspended in South Africa in a bid to mitigate against exposure and contraction of the Covid-19 virus. Since alert level five to alert level one, the country remains in consensus and united that the need to save lives is sacrosanct.

“As such, all stakeholders understand that although the prohibition has been detrimental to this essential cultural practice, it is only in the interest of protecting initiates that initiation remains suspended,” the department said in a statement.

The department said the decision to temporarily suspend the initiation schools was not taken lightly as it was cognisant that the cultural practice could only be suspended or cancelled in the event of the death of a king in that particular kingdom.

“In recent weeks, we have seen cluster spikes of infections in numerous areas across the country signalling the dreaded possibility of a resurgence. In light of this, the country has to take the necessary precautions to curtail any potential of exposing initiates to conditions that might place them in vulnerable positions in respect of contracting the coronavirus.”

The department said the decision was taken after broad consultations with various sectors across the country.

“To this effect, we continue urging our traditional leaders and communities to observe the suspension of initiation.”

The department further said bogus initiation schools would not be tolerated and that those caught running illegal initiations “will face the full might of the law in line with Disaster Management Act”.