Scientists conducted investigations into the evolutionary characteristics of SARS-CoV-2 and detected a new variant, dubbed 501Y.V2. 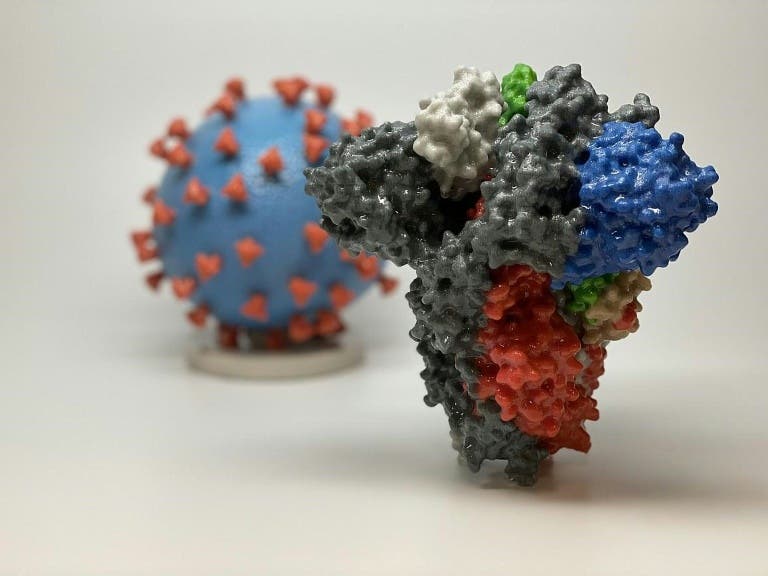 The Department of Science and Innovation has allocated R25 million to the KwaZulu-Natal Research Innovation and Sequencing Programme (Krisp) over the next 12 months to complete the sequencing of 10,000 SARS-CoV-2 genomes in South Africa and the rest of Africa.

SARS-CoV-2 is the virus which causes Covid-19.

Higher Education, Science and Innovation Minister Blade Nzimande announce on Monday that funding to Krisp will be used to understand the spread of the novel virus as well as other virus lineages in Africa – and also support clinical and laboratory investigations of genomic variations in the country.

Local scientists from Krisp conducted investigations into the evolutionary characteristics of SARS-CoV-2 and detected a new variant, dubbed 501Y.V2 – something Nzimande said the team should be applauded for.

The team found that the 501Y.V2 variant has a number of mutations on its spike protein, increasing the efficacy of the virus.

“In this regard our key task now is to get a better understanding of the mechanisms of increased transmissibility and if there is any evidence of increased pathogenicity, or whether reinfection can occur,” Nzimande said.

He added that scientists continued working with their international counterparts to ensure there was enough information to control the spread of Covid-19.

The minister said the department has also funded local clinical trials and its facilities to continue tracking the evolution or mutation of SARS-CoV-2 lineages.

Nzimande said: “Scientists from the DSI-funded Krisp… have been meeting with the world’s top scientists every two weeks to discuss the evolution of SARS-CoV-2 lineages. The centre has been sequencing SARS-CoV-2 genomes locally and sharing its findings.”

The department is also working closely with agencies such as Biovac to investigate a long-term strategy for a robust and integrated national science and innovation platform to reduce South Africa’s vulnerability against pandemic outbreaks, the minister added.

Other government departments, as well as the private and development sectors, are expected to be pulled in to assist with the strategies.

Nzimande said the department will convene a panel of scientists to give a platform for scientists to share information with people on what science is saying about the role of vaccination in the fight against the virus.

“They will also openly discuss the implication of the new variant on the current vaccines and myths about vaccination, both biomedical and social science issues.

“I will also be convening an Imbizo, through the Human Science Research Council (HSRC) and the National Institute of Social Sciences and Humanities (NIHSS), of social scientists humanities specialists to analyse and come-up with concrete suggestions to government and society as a whole on how to deal with the psycho-social impact of Covid-19 on families, communities and society as a whole,” the minister said.