At least 2,702,004 million people have died of coronavirus around the world since the outbreak began in December 2019, according to an AFP tally based on official sources at 1300 GMT. 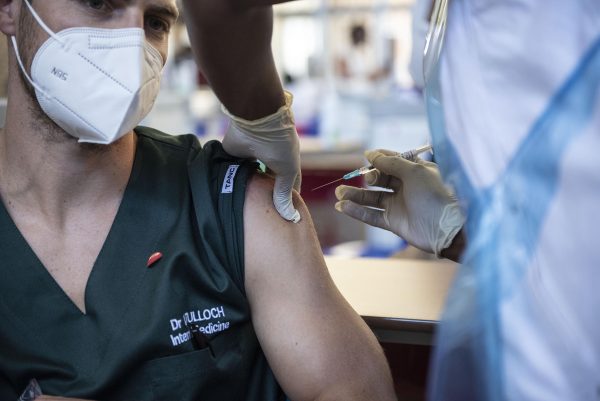 The country has also recorded 47 more Covid-19 related deaths: 2 from Eastern Cape, 3 from Free State, 9 from Gauteng, 21 from KwaZulu-Natal, 9 from Mpumalanga and 3 from Western Cape.

The total number of vaccines administered is 182 983. Overseas fans will be barred from this year’s pandemic-postponed Tokyo Olympics because of ongoing coronavirus concerns, organisers announce.

The unprecedented decision will make the Tokyo Games the first ever held without overseas spectators, as organisers scale back their ambitions for the event.

The warning comes as the European Union struggles to speed up its inoculation campaign, with many member states facing a third coronavirus wave and renewed curbs on public life.

Pakistan’s Prime Minister Imran Khan tests positive for Covid-19, his office announces, just two days after having been vaccinated against the disease.

The 68-year-old received a shot of the Chinese-produced Sinopharm vaccine on Thursday.

Several parts of France enter a new partial lockdown, hours after an exodus from the capital, Paris, and a rush to  shops to stock up.

The new restrictions apply to around a third of the country’s population affecting, Paris and several regions in the north and south. Schools are staying open.

– Poles urged to stay at home –

Poland enters a three-week partial lockdown from Saturday, with people encouraged to stay at home and most shops shut.

Shopping centres, hotels, pools, gyms and schools will be closed until at least April 9.

Ukraine capital Kiev shuts down all but essential shops and moves schools to distance-learning to try to stem a surge in infections.

Prime Minister Denys Shmygal has urged regional authorities to impose stronger restrictions to curb the spread of the disease.

German police clash with protesters at a mass demonstration against coronavirus restrictions in the city of Kassel on Saturday, using water cannon, batons and pepper spray to disperse crowds.

The protest attracts between 15,000 and 20,000 demonstrators, local police say, making it one of the largest such rallies so far this year.

In the Netherlands, police use water cannon to break up a group of around 500 protesters at Amsterdam’s Museum Square.

In Switzerland, an estimated 3,000-5,000 people gather in the small town of Liestal to demand an end to anti-Covid measures.

Around a thousand protesters rally in Vienna before being dispersed, including members of the far-right and hooligans, according to Austrian media.

And in cenral London several thousand people were estimated to have gathered to demonstrate, with reports of scuffles and the throwing of bottles and cans at police officers.

More than 425 million doses of Covid-19 vaccines have been administered worldwide, according to an AFP tally based on official sources at 1800 GMT on Saturday.

At least 162 countries or territories, accounting for 93 percent of the global population, have begun rolling out their vaccination programmes. But so far, 58 percent all doses administered have been in “high-income” countries, where just 16 percent of the world’s inhabitants live.

At least 2,702,004 million people have died of coronavirus around the world since the outbreak began in December 2019, according to an AFP tally based on official sources at 1300 GMT.