Covid-19 figures have soared since mid-June against a background of reluctance among many to get vaccinated and suspicion of home-grown shots. 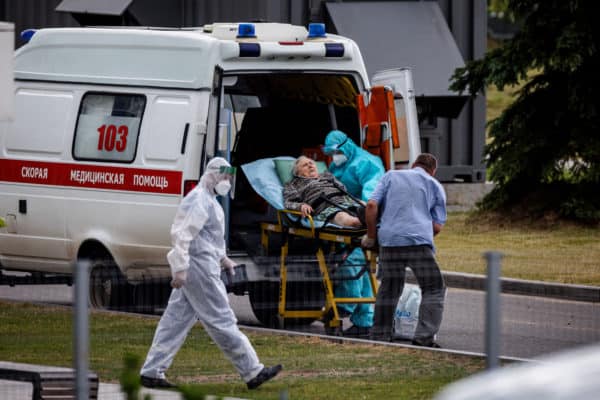 Russia on Sunday reported more than 25,000 new coronavirus cases, the highest number of daily infections since early January as the country battles the surging Delta variant.

The coronavirus figures have soared since mid-June against a background of reluctance among many to get vaccinated and suspicion of home-grown shots.

Russia on Sunday announced 25,142 new infections, the highest figure since January 2 when Russia was emerging from a second wave of the pandemic.

This week Russia reported record numbers of coronavirus deaths for five days in a row, registering 697 Covid-19 fatalities on Saturday.

On Sunday, the official tally showed 663 people dying of Covid-19 over the past 24 hours.

Some experts say that Russia vastly under-reports coronavirus fatalities, counting only cases when the virus was found to be the primary cause of death after autopsy.

The government has ruled out a nationwide lockdown but this week President Vladimir Putin once again urged Russians to get vaccinated and “listen to experts” rather than rumours.

Vaccine hesitancy has been a huge challenge for the Russian authorities, and Moscow has become the first Russian city to introduce mandatory vaccinations.

City authorities said at least 60 percent of service industry workers should be fully inoculated by mid-August.

So far 137,925 people have died among 5.6 million infected in Russia, according to official figures.

On Sunday, neighbouring Kazakhstan reported 3,003 new virus cases, a record since the start of the pandemic.

Another Central Asian country, Tajikistan, in June admitted having coronavirus cases for the first time in more than five months.

On Saturday, Tajikistan made vaccines mandatory for citizens aged 18 and older.