Vaccine hesitancy in SA: Nearly half believe in the power of prayer

Vaccine acceptance in SA 'is now comparable to high-income countries such as Australia and Germany'. 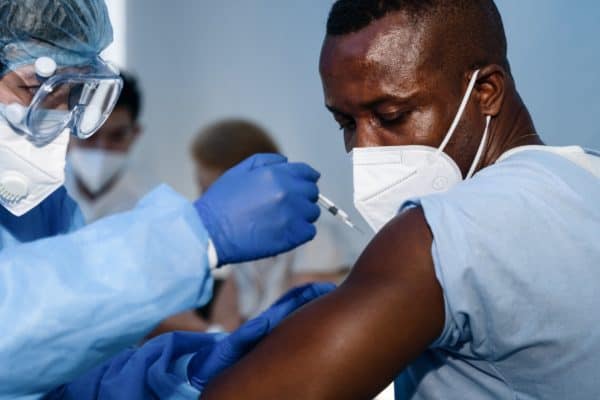 Mandatory Covid-19 vaccination could only be implemented by employers if it is justified. Picture: iStock

In the week in which South Africa passed the seven-million mark for Covid-19 vaccines administered, a new survey by Afrobarometer shows that nearly half of South Africans believe prayer to be more effective than a jab.

Respondents were randomly selected across all provinces and demographics, and the survey was conducted in a respondent’s preferred language.

Respondents were asked: “Do you think prayer is more effective or less effective than a vaccine would be in preventing Covid-19 infection?”

Prayer versus the vaccine

While 47% said “prayer is somewhat more effective or much more effective than the vaccine”, 21% said it has “about the same effectiveness”, and 25% believed prayer was less effective.

Respondents were also asked how readily they would take the jab if government said it was safe, with 41% of urban responders and 49% from rural areas saying they would.

The Afrobarometer survey data was compiled by interviewing only 1,600 South Africans during May and June 2021. Of those surveyed, 72% “strongly support the closing of” schools.

According to Ronelle Burger, a professor of economics at Stellenbosch University, vaccine acceptance in South Africa was “now comparable to high-income countries such as Australia and Germany”.

However, she added: “But nearly one in four participants were still hesitant about getting vaccinated. About one in 15 (in a survey conducted in March) were strongly opposed to vaccinations. This group may not be open to persuasion.”

Burger said the research team also found “a large gap between the proportion of people saying they were willing to vaccinate and those who had actually taken action”.

“In the survey, we used the electronic registration for vaccination as a proxy to measure people’s ability to convert intention into action. [The data shows] there are many people who say they are willing to be vaccinated but have still not taken action to get themselves registered”.

The 18-to-34-year age group will be eligible for vaccinations from 1 September.

The National Income Dynamics Study (NIDS) conducted another survey between April and May 2021, which revealed “two-thirds of respondents strongly agreed with the statement ‘If a vaccine for Covid-19 were available, I would get it’”.

This was a substantial increase from 55% who strongly agreed in February and March 2021.

NOW READ: Vaccine hesitancy: Is avoiding the jab a gamble you should take?