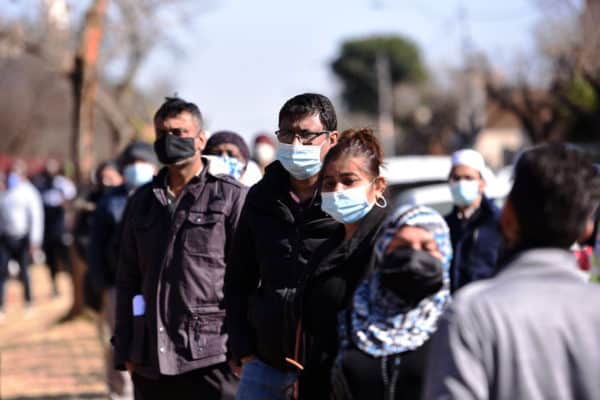 As South Africa’s overall rate of vaccine acceptance stands at a headline figure of 75% – up by 5% from 67% in 2020 – effectiveness in government’s ramping up of its countrywide roll-out programme is being hindered by vaccine hesitancy, due to lack of easy access, concerns over side-effects and weak communication, according to a survey.

The University of Johannesburg (UJ) and the Human Sciences Research Council (HSRC) Covid-19 democracy survey, conducted among 7 889 people between 25 June and 12 July 2021, found the 72% of people who expressed willingness to take the vaccine represented an upwards trend.

But this still fell “a long way short” for the government to meet its target of vaccinating 80% of adults.

Only about 20% of adults have so far received one shot of vaccine.

The poll has also made startling revelations in reference to race and political party vaccine acceptance, with the level of black Africans standing at 75%, coloureds (64%), Indian or Asian (68%) and whites (52%).

The survey found the rate of vaccination among whites, at 16%, higher than among black Africans at 10%.

With government battling to address a growing hesitancy, the survey listed several factors, which included:

Said UJ sociology professor Kate Alexander: “For those willing to take the vaccine, the most common explanations are related to the desire to protect oneself and society and this is the case regardless of race, class, gender and geographical location.

“However, as this report has demonstrated, the willingness to vaccinate is not necessarily unqualified. Those who indicated that they would probably take the vaccine more often expressed some doubts or uncertainties about vaccination, with particular concerns around side-effects and the effectiveness of the vaccine. While these uncertainties do not appear to have dissuaded them entirely from vaccination, it may contribute to delays in the uptake of vaccination.

“This suggests that public health messaging needs to continue to provide information that may reassure this group about side-effects and the effectiveness of the vaccine,” Alexander said.

Quoting the outcome of the 2019 General Household survey, Alexander said about 17% of the population had medical aid.