There were 28 hospital admissions in the past 24 hours. 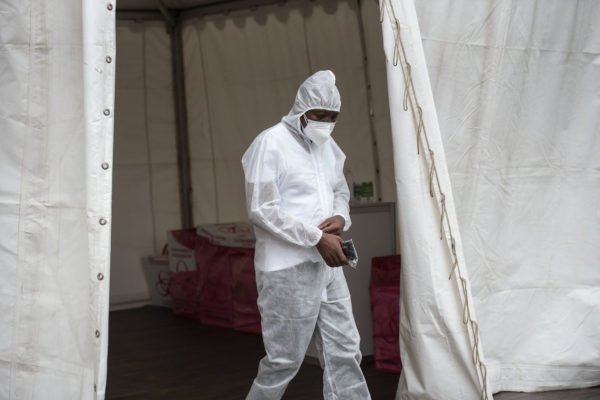 As of Monday, 12 April, the cumulative number of detected Covid-19 cases in South Africa is 3,732,628 with 553 new cases identified, the National Institute for Communicable Diseases (NICD) confirmed.

This represents a 5.0% positivity rate.

There were 28 hospital admissions in the past 24 hours.

24,071,305 tests in total have been conducted to date in both public and private sectors.

The total number of vaccines administered in the country so far stands at 34,146,981 as of 10 April.

Mpumalanga (27) then follows, while Eastern Cape and Limpopo recorded 16 and 15 new cases respectively.

Free State recorded 10 cases followed by North West (9) and Northern Cape (3), which recorded the lowest cases of the day.

Chinese authorities have extended the lockdown in Shanghai to cover all of its 25 million people after a fresh surge in Covid-19 cases.

Italy has dropped its ‘state of emergency but has extended its travel restrictions until 30 April.

Sweden removed the entry ban on non-EU travellers from 1 April.

Latvia has also joined the growing list of restriction-free European countries, including Denmark, the Netherlands, Norway and Poland.