The account had tweeted Miss SA was going to 'blow everyone' at an event on Tuesday night. 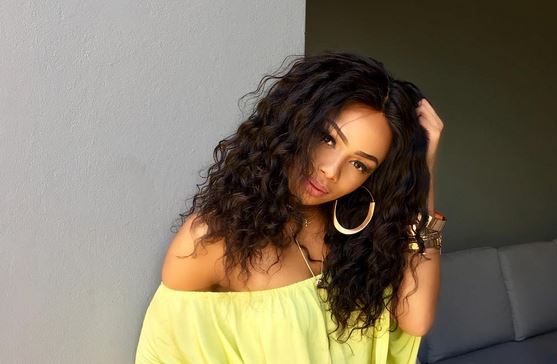 Miss South Africa’s official Twitter account made an embarrassing mistake in one of their tweets, and most people would probably have missed it if it wasn’t for Bonang Matheba.

Miss SA shared on Twitter on Tuesday evening that Demi-Leigh Nel-Peters was preparing to attend a Glamour SA event, and they said she looked beautiful.

So far so good. But then the account unfortunately tweeted that Demi-Leigh was so gorgeous that she was going to “blow” everyone at the event tonight.

Obviously, the careless tweet was implying that Miss SA was going to perform a sex act on all the men in attendance. Bonang saw the error and responded, asking what the Miss SA account had meant to say.

Remember that scene from the 90s classic action movie Demolition Man, when Sandra Bullock’s character keeps saying she wants to blow everyone, and then Sylvester Stallone’s muscled character has to keep reminding her to add the word ‘away’? Touché.

Literally perfection. We're pretty certain that @DemiLeighNP is going to blow everyone away at the @GLAMOUR_sa #GMG17 tonight.
???? pic.twitter.com/0PcPRYHHug

So for all of those who were either alarmed or getting their hopes up about what may have been in store for them at this event, at least now we all know Demi-Leigh was planning to blow them … away.