As one tries to stop, in tears, a man shouts 'continue' in isiZulu. 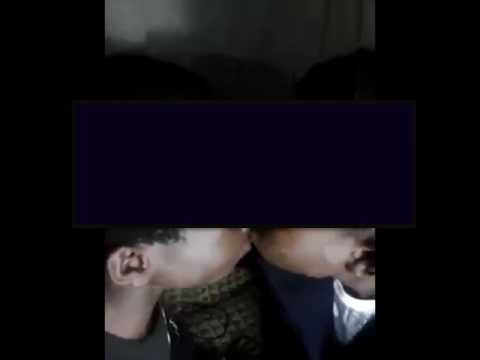 Two young men were allegedly caught stealing and were forced to kiss as punishment. In a video that has been circulating on social media, the two men can be seen sitting on a couch, with another telling them to kiss.

As one tries to stop, in tears, the man shouts “continue” in isiZulu. The video, viewed more than 20 000 times already, has received a lot of comments, with some saying our country has become a laughing stock.

One Facebook user claimed the man forcing them to kiss was one of the young men’s fathers, while the other was gay.

“The father made his kid do this as punishment. Can’t remember exactly why. This video I saw a few months back,” they said.

Some turned it into a racial matter, saying people found the video funny because it was not a white man forcing the two to kiss.

“Now can you just imagine the Media Shitstorm from the ANC and the DA if this was a white man forcing them to kiss? Comrade Mmusi would be shedding his real skin to reveal the snake he is! Luckily they weren’t symbolically placed in coffins for stealing livestock…….because of course…. that would be racism….and not just ‘community justice’,” said one.

Watch the video below. Note it has the faces obscured because the ages of the young men are not known: