'He's possessed by a toddler!' 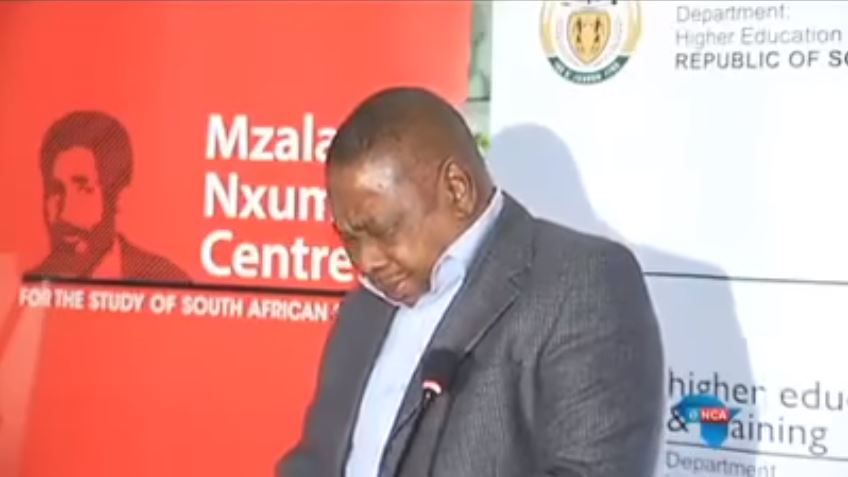 SACP general secretary and former minister of higher education and training Blade Nzimande was axed on Tuesday in President Jacob Zuma’s latest Cabinet reshuffle, and South Africans have shared their thoughts on the matter.

“There is nothing communist or left Blade has done as a minister. We welcome Blade’s removal. Zuma should have removed himself. It would have been nicer than removing Blade alone. They are both the same, self-serving.

“He can start doing the right thing. Even if I was Zuma, I would have fired all those communists. Why do you fight with me, and want to serve in my Cabinet? They go around saying all the wrong things, but still take his salary. He dealt with them today. If they want to stay in parliament, fair enough, because that is another terrain to fight corruption.

“He must man up and join us in the street. That is hypocrisy. You were just an eater. The only thing that has grown is your tummy. Stop eating and driving expensive cars bought with people’s money,” said the EFF leader following the reshuffle.

Now a video of the former minister handing over documents on his last day at the office, while sobbing, has surfaced and social media had a lot say about it. While some felt sorry for the minister, some said it was karma for saying “students must fall” while also laughing during the Fees Must Fall protests.

Others have already suggested a job for him as the country’s ambassador to Siberia, for some reason.

“Remember how he Laughed at us during #FeesMustFall, look at #BladeNzimande handing over ministry docs after demotion.”

“Lol Blade Nzimande was insulting Zuma supporting those that were saying he must step down now he cries when uBaba fires him??”

“Saw a video where #BladeNzimande was crying before handing over a heavy document. I worry that the solution to #FMF is in that document.”

“This App will humble you 😔 😢 😭 😂 Blade Nzimande have been served #CabinetReshuffle.”

“He’s possessed by a toddler!”

“The chest pains you feel when #Zuma #ZumaReshuffle strikes!!”