As suspicious as it looks, there are reasons to doubt that anything sinister is going down. 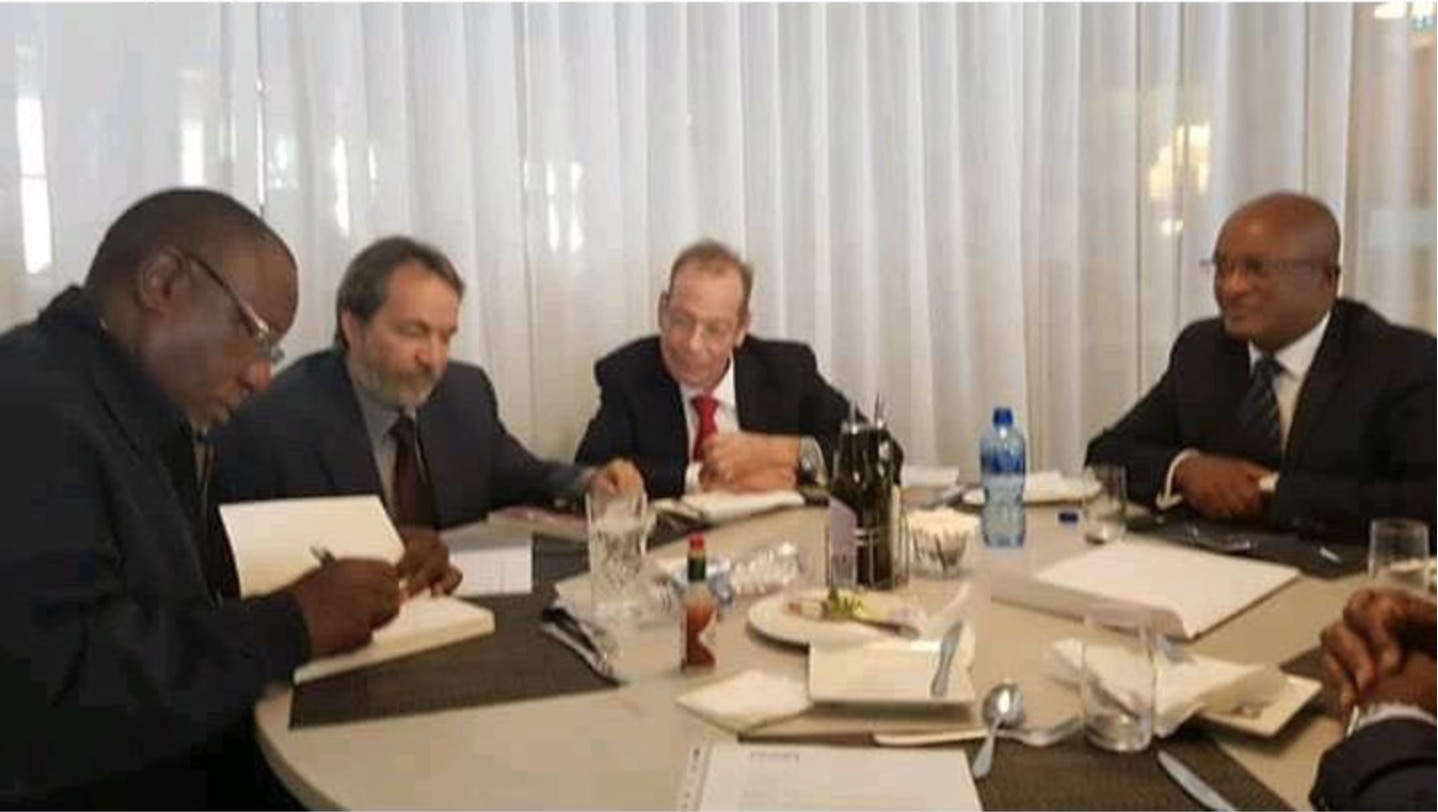 A slightly blurry photograph of President Cyril Ramaphosa allegedly signing off on a deal with the wealthy patriarch of the Oppenheimer family, Nicky Oppenheimer, to allow the family’s company Fireblade to operate a private airport terminal at OR Tambo International has been flying around on social media this week.

The photograph taps into long-running allegations that Ramaphosa has an uncomfortably close relationship to white business and particularly the Oppenheimers, who were involved – among other things – in supporting him through the Urban Foundation to help him complete his legal studies.

Take a look at the photo with its original text below, which may or may not be photoshopped. It features Ramaphosa (allegedly) on the left (and it certainly looks like him), sitting next to Nicky Oppenheimer.

The author also claims that “Pityana” is in the low-res photo, presumably a reference to Save SA’s Sipho Pityana, the famous anti-Zuma critic who also happens to be the chairman of AngloGold Ashanti. We’re not sure this actually looks like Sipho Bityana though, or his brother. The face on the right puts us more in mind of Gauteng Premier David Makhura, but who knows for now, right? 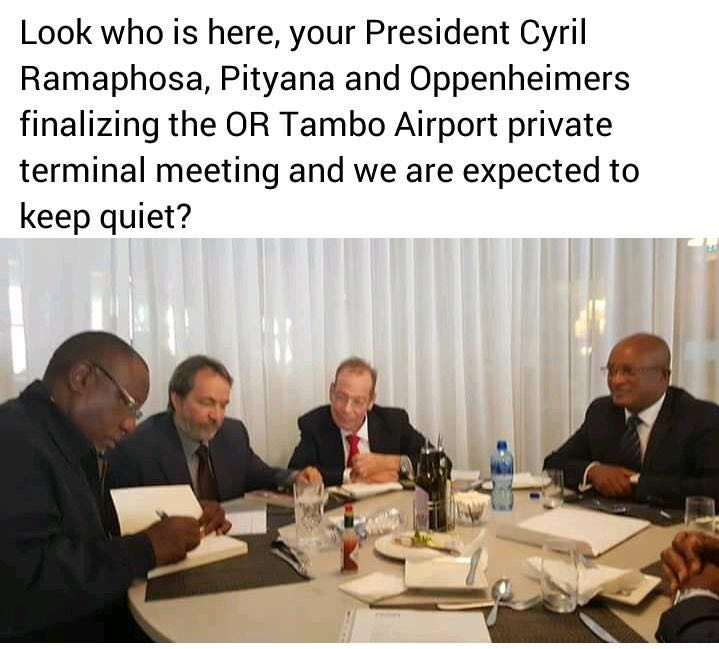 We don’t believe it is photoshopped, though we also have our doubts that there is anything sinister going on, since Ramaphosa is clearly signing a book, and likely he is not putting the ink on any business deal. Ramaphosa has been the subject of many a book, so it’s not inconceivable that he’s simply signing one of those at a gala dinner or some or other event somewhere.

The table setting, complete with knives, spoons and Tabasco sauce, doesn’t look like an appropriate setting for a business deal, further casting doubt on whether this is some sort of deal going down.

Why is the Fireblade deal in the news?

This photo has emerged in the wake of the Sunday Times alleging over the weekend that a letter was written by a top ANC official in 2015 to the Oppenheimer family saying that they would be given permission to have a private international airport terminal at OR Tambo.

The matter of the luxury terminal for travellers with private jets has been highly contested over the past few months after Home Affairs Minister Malusi Gigaba first gave permission to the Oppenheimers’ Fireblade Aviation to go ahead with the terminal, but then changed his mind.

In response, Fireblade took Gigaba to court in 2016 and he was subsequently found by the high court to have lied about the case under oath. He was denied leave to appeal by the Supreme Court of Appeal on Wednesday.

Many have speculated that Gigaba changed his mind because the Gupta family was trying to take control of the terminal. Gigaba has denied this and insists that he merely has concerns about a private family being able to operate a port of entry.

The letter from the ANC to Nicky Oppenheimer reportedly came from ANC general manager Ignatius Jacobs – who left the position last year following a scandal about the ANC’s R50 million war room against opposition parties.

In the letter he reportedly wrote that he could confirm that the “regulatory authority” would approve and issue the “relevant certificate” to Fireblade.

Jacobs confirmed to the Sunday Times that he had written the letter but denied there was anything untoward about it.

The paper speculated that the ANC’s direct involvement in a government matter was linked to possible funding from the Oppenheimers.

New legislation will soon allow the public access to where political parties get their funding, but this has been strictly private information until now.

ANC deputy secretary-general Jessie Duarte told the paper she was “unaware” of funding from the Oppenheimers, who reportedly did not respond to requests for comment.

The paper could also not get a quote from ANC spokesperson Pule Mabe.

ANC must humble itself and own failures at local government, says analyst
16 hours ago
16 hours ago

ANC must humble itself and own failures at local government, says analyst
16 hours ago
16 hours ago