WARNING: Explicit content. In the footage, the man says his cousin asked him to tell the world that he raped her. 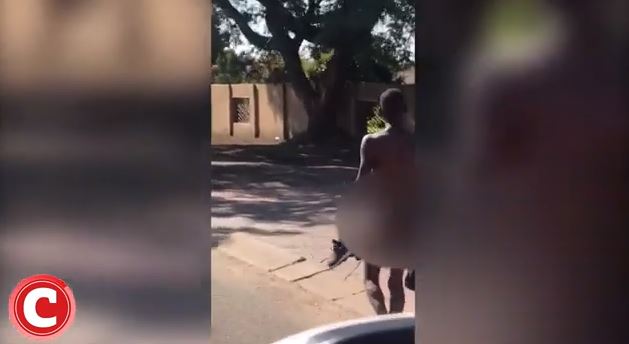 A bizarre video of a man walking the streets in his birthday suit holding his clothes in his hand has surfaced and raised several troubling questions.

The footage shows the naked man aimlessly walking, shouting that he is responsible for raping his cousin. He may have mental health problems.

A motorist who sees the naked “rapist” stops to ask him a few questions, only to hear the man confess to being asked by his cousin to expose himself.

He mentions the cousin lives near Wonder Park.