WATCH: ‘Show us the virus or lift the lockdown’, man tells Cyril 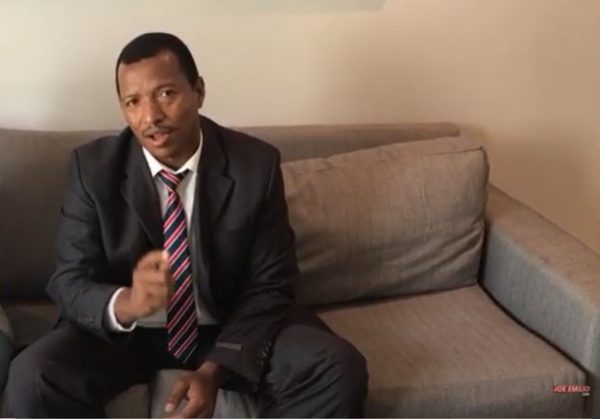 It is not every day that a citizen approaches the Constitutional Court accusing the government of treason and grand, elaborate conspiracies.

Well, Ricardo Maarman has done just that, demanding President Cyril Ramaphosa show him the actual “purified and isolated” sample of the SARS-CoV-2 virus, which causes in Covid-19, to support the basis of the national lockdown.

Maarman said that the president has 14 days to do so or else will constitute reasonable suspicion that the government has committed treason against the people of South Africa.

“If he can’t then the court must declare the lockdown unconstitutional,” said Maarman.

“We need a decisive test that can prove once and for all what is real and what is fake. If we can have the court that we trust observe this virus and confirm indeed that it is there […] the matter is settled,” Maarman said.

He said if the virus cannot be isolated successfully then that would prove there is a “global criminal conspiracy that has infiltrated the entire society using private wealth to corrupt and co-opts public institutions in the pursuit of private and personal devious interests”.

Despite Maarman’s assertions, scientists worldwide have sequenced the genomes of all variants of SARS-CoV-2, including the new South African variant, and the existence of the virus is entirely undisputed within the scientific community. The virus can also be observed with an electron microscope.

If Maarman’s case does indeed reach the Constitutional Court, it will likely be dismissed due to his entirely unsubstantiated claims.

Elections: Candidate nomination closes today – Will the ANC be ready?
4 hours ago
4 hours ago
PREMIUM!

Elections: Candidate nomination closes today – Will the ANC be ready?
4 hours ago
4 hours ago
PREMIUM!