While some feel that Winnie Madikizela-Mandela deserves the honour, others want to bring attention to the plight of Brandfort residents. 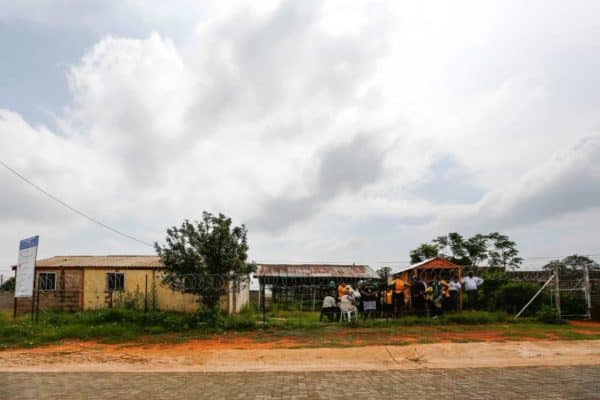 South Africans are divided over the Free State town of Brandfort’s name change to ‘Winnie Mandela’. The change was announced by Minister Nathi Mthethwa and was gazetted on Friday.

The town’s name was changed in terms of Section 10 (2) of the South African Geographical Names Council Act, 118 of 1998 to honour the legacy of the struggle icon Winnie Mandela.

Free State’s Premier Sisi Ntombela vowed to continue where Madikizela-Mandela has left off and the Economic Freedom Fighters (EFF) welcomed the change, saying it was “long overdue”.

Meanwhile, the Democratic Alliance (DA) said the change was “flawed”, and said the party would lodge a petition to “assist residents who want to comment on the name change to do so within the prescribed period”.

However, the ANC’s Thabo Meeko said the change “satisfied all the requirements of the law”.

Speaking to SABC News, one resident said she doesn’t necessarily mind the name change itself, but she believes “there is a lot of stuff to be done before we can even a consider a name change from Brandfort”.

Another said the government should rather assist the people of Brandfort in other ways. He said people are “sleeping without food, without anything; let the government do something for those people.

Another resident said the name change is a “good idea [because it will] boost the town in terms of tourism”. One resident said due processes weren’t followed:

“I don’t know if the people of Slovo Park (to the east of Brandfort) who’ve been without services for a decade had the opportunity to speak their mind.”

In addition, South Africans have taken to social media and the commentary is divided between those who agree with the name change, and those who oppose it. One netizen said the DA has “no say in the renaming of Brandfort”

“Winnie Mandela deserves the honour. She was a fearless leader (may her soul rest in peace). Each and every town must be renamed. Get rid of the colonists, racists names”.

Another netizen suggested South Africa be renamed too, adding: “Did u guys even built these cities or u just naming the white man’s work”. [sic]

How about renaming South Africa too. Did u guys even built these cities or u just naming the white man’s work— Local man is hungry (@reallobengula) August 7, 2021

So, let Ma’m Winnie’s former home go to wrack and ruin, but now they think it’s all fixed by renaming the town. ????#ANC are experts at re-shuffling deck chairs on the Titanic.— Clive Simpkins ☸️✝️????️✡️☪️ (@clivesimpkins) August 7, 2021

About Brandfort I am happy with it my brother, I haven’t heard about Bloemfontein.— ELVIS Malakoane (@Malakoaneelvis) August 8, 2021

About Brandfort I am happy with it my brother, I haven’t heard about Bloemfontein.— ELVIS Malakoane (@Malakoaneelvis) August 8, 2021