Cyril is ‘disconnected from reality’ in his ‘billionaire bubble’, says Steenhuisen 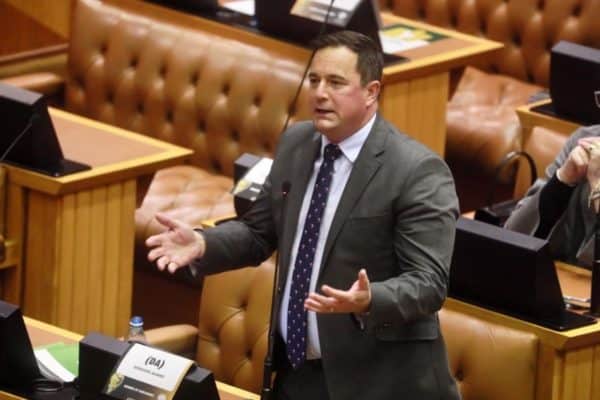 Members of the National Assembly are addressing questions to President Cyril Ramaphosa in a hybrid sitting of the House on Friday, and DA leader John Steenhuisen came prepared…

Steenhuisen accused Ramaphosa of being disconnected from reality, and of living in a “billionaire’s bubble”. Steenhuisen added:

He said under Ramaphosa’s leadership, “unemployment has gone up every year, to the point now where 75% of young people in this country do not have work”.

ALSO READ: Mabuza’s choice to get treated in Russia is none of your business, Ramaphosa says

Watch: ‘Why do you hate young people?’

Steenhuisen also asked Ramaphosa why he hates “the young people of South Africa so much”, to the point where he inflicts misery on the youth.

Apart from the cheers of support for Steenhuisen, South Africans also aired their grievances on social media, with one user saying, “We really need young people in Parliament”.

“[Young people] who will ask relevant questions because they will be informed of the challenges faced by the citizens of the country”, the user added.

Another user known only as Jane said they were “loving the way you’re handling Steenhuisen”.

Back in August, former MP Phumzile van Damme broke her silence about why she really resigned from her position in the DA, and she has pulled no punches in exposing Steenhuisen as a liar.

Van Damme took to Twitter and she made it very clear she was overjoyed about no longer being associated “with the joke the DA has become”.

“You[Steenhuisen] are the country’s laughingstock and in the DA. I was not going to engage in war but you just couldn’t keep your trap shut, could you? Mention my name again. I beg”, she tweeted.

READ MORE HERE: Phumzile to DA leader: ‘Keep my name out of your mouth!’