The pair, named Meng Meng and Jiao Qing, jetted in on a special Lufthansa cargo plane. 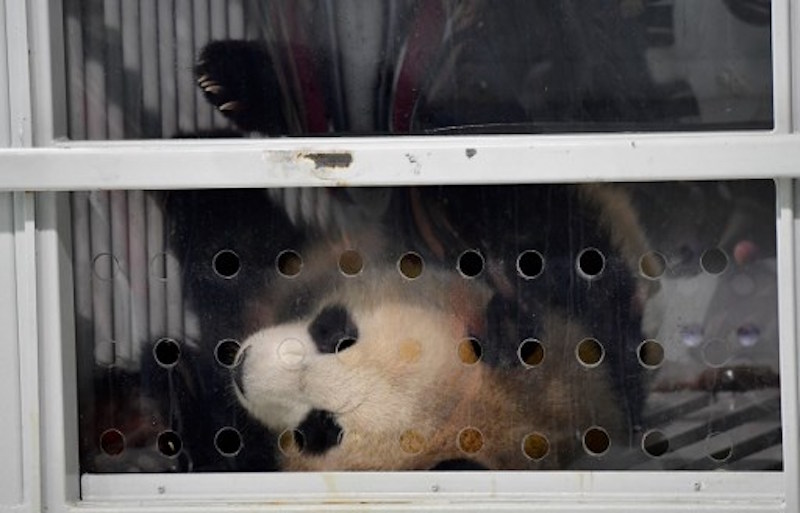 A panda is seen in a transport box during a press conference at Schoenefeld airport near Berlin after the arrival of two pandas from China on June 24, 2017. Two long-awaited giant pandas from China arrived in Germany, with Berlin rolling out the red carpet for the furry ambassadors' arrival. The two new residents, Meng Meng and Jiao Qing, were accompanied by two Chinese vets, Berlin zoo's chief vet, and a tonne of bamboo. / AFP PHOTO / Tobias SCHWARZ

Germany had its first taste of panda mania on Saturday as two furry ambassadors arrived from China to begin a new life as stars of Berlin’s premier zoo.

The pair, named Meng Meng and Jiao Qing, jetted in on a special Lufthansa cargo plane, accompanied by two Chinese panda specialists, the Berlin Zoo’s chief vet and a tonne of bamboo.

A crowd of journalists and officials on hand to welcome the VIPs let out an “ooooh” as Meng Meng raised a paw after flight LH8415 made an especially gentle touchdown at Schoenefeld airport.

The black and white pair, clearly groggy after the 12 hour 20 minute flight from Chengdu in southern China, lay resting in their travelling crates during the welcome ceremony in a hangar.

Until, that is, the Chinese ambassador to Berlin got a little too close, prompting Jiao Ling, the male, to stand up, roar and beat his paws against the plexiglass sides of the crate.

“From this evening, their German and Chinese handlers will stay with them… we’ll do everything to help them calm down so they have a good night, eat well and rehydrate themselves,” Berlin Zoo director Andreas Knieriem told AFP.

After just over a week’s acclimatisation, the pair will be unveiled to the public by no less than Chancellor Angela Merkel and Chinese President Xi Jinping, most likely two days before the G20 summit of world leaders hosted by Germany.

Famed for its “panda diplomacy”, China has dispatched its national treasure to only about a dozen countries as a symbol of close relations.

Export giants Germany and China have nurtured increasingly close economic ties, and over the last year the have also taken on the leading role in championing free trade as Donald Trump shifts the US away from market liberalisation with his “America First” push.

“The Chinese see the pandas as Chinese brand ambassadors. China obviously has an image problem in Europe and giving pandas is a very smart and easy way to win hearts,” said Bernhard Bartsch from the Bertelsmann Foundation think tank in Berlin.

The “pandas will lend a very positive spin in German media to the visit by Xi Jinping in July,” he added.

The excitement over the two bears was clear as the zoo published a daily update on its blog in the run-up to their arrival.

The flight to Germany was carefully prepared, with “bamboo snacks” to keep the pandas happy and absorbent mats to ensure the transport box stayed dry and odourless.

And their new home at Berlin’s zoo will measure about 5,500 square metres (59,000 square feet) and comes fitted with a wooded climbing area and an artificial stream.

Meng Meng means “dream” in Chinese, while Jiao Qing translates as “darling”, though the Chinese characters are a composite of “tender” and “festive” or “celebration”.

But the honour of hosting them does not come cheap.

The zoo will pay $15 million (13.4 million euros) for a 15-year contract to host them, with most of the money going towards a conservation and breeding research programme in China.

And the pandas’ main dish — bamboo — will cost tens of thousands of euros each year.

The zoo will probably look to offset part of its outlays through panda-themed merchandising.

Ultimately, it hopes that the pair will produce babies, even if experts have warned that panda reproduction is a fine art.

Panda expert Jerome Pouille said that “the female is only receptive to a male for about 24 to 48 hours a year”, adding that there was little chance of a cub within the first three years.

China has previously given three pandas to Germany, but the last one, 34-year-old Bao Bao, died in Berlin in 2012, having become the oldest male panda in the world.

Just over 400 pandas live in zoos around the world, in conservation projects set up with Beijing. 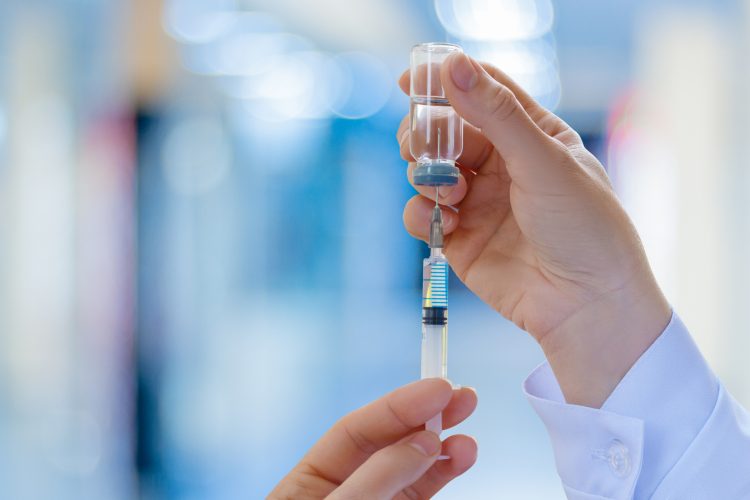