Iraq's supreme court Monday ordered the suspension of a September 25 referendum on the independence of Iraqi Kurdistan, as legal and political pressure mounted on the Kurds to call off the vote.

With just a week left before polling, the court said it “has issued the order to suspend organising the referendum set for September 25… until it examines the complaints it has received over this plebiscite being unconstitutional”.

Court spokesman Ayas al-Samouk told AFP it had “received several complaints”, as a parliamentary source said at least eight lawmakers had called on the court to intervene on constitutional grounds.

Prime Minister Haider al-Abadi’s office said it had also filed a complaint against the referendum in the oil-rich autonomous Kurdish region of northern Iraq on constitutional grounds.

There was no immediate reaction from Iraqi Kurdish leader Massud Barzani, who called the referendum and has so far resisted pressure from Baghdad and Iraq’s neighbours Turkey and Iran, as well as from the United States and its Western allies, all of which oppose the poll.

A Kurdish delegation is expected on Tuesday for talks in Baghdad, while Abadi has left for New York to attend the UN General Assembly.

Britain’s Defence Secretary Michael Fallon said he would try to persuade Barzani at a meeting later Monday in the Kurdish capital of Arbil.

“I will be this afternoon in Arbil to tell Massud Barzani that we do not support the Kurdish referendum,” he said at a press conference in Baghdad. 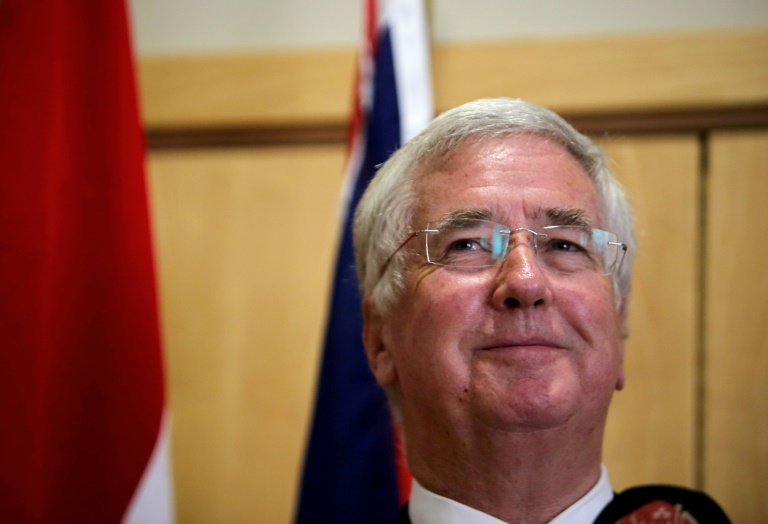 “We are committed to the integrity of Iraq. We are working with the UN on alternatives to this referendum,” he said before leaving for the northern city.

The United States and other Western nations are backing a UN-supported “alternative” plan for immediate negotiations on future relations in exchange for dropping the referendum.

Washington argues that the vote will weaken Arab-Kurdish joint military operations that have helped to send Islamic State jihadists into retreat in both Iraq and war-torn Syria.

Barzani has said a “yes” vote would not trigger an immediate declaration of independence, but rather kick-start “serious discussions” with Baghdad.

He has mustered huge popular support for the vote, with the streets of Arbil festooned with red, white and green Kurdish flags and large crowds holding nightly rallies.

The non-Arab Kurds — more than 25 million people spread across Iraq, Turkey, Iran and Syria — have long sought a state of their own.

According to analysts, Barzani is using the referendum as leverage in his Kurdish Regional Government’s (KRG) long-standing disputes with the federal authorities in Baghdad over territory and oil exports.

The KRG has already expanded the territory it effectively controls and its peshmerga security forces have seized areas outside its borders from IS.

Oil-rich Kirkuk province, disputed by Baghdad and Arbil, has voted to take part in the referendum in defiance of the federal authorities.

The government responded by sacking Kirkuk’s Kurdish governor, who has refused to leave his post. Rumours are rife that rival communities are stockpiling arms.

Turkey, concerned that the referendum might stir separatist dreams among its own Kurds, has threatened Arbil with “a price” to pay if the vote goes ahead.

The KRG’s economy is heavily dependent on oil exports via a pipeline running through Turkey to the Mediterranean.

Iran, with a sizeable Kurdish minority of its own, warned Sunday that Iraqi Kurdish independence would mean an end to all border and security arrangements with the KRG.