The State Department said on Friday it would deny entry into the US to the country's state security minister. 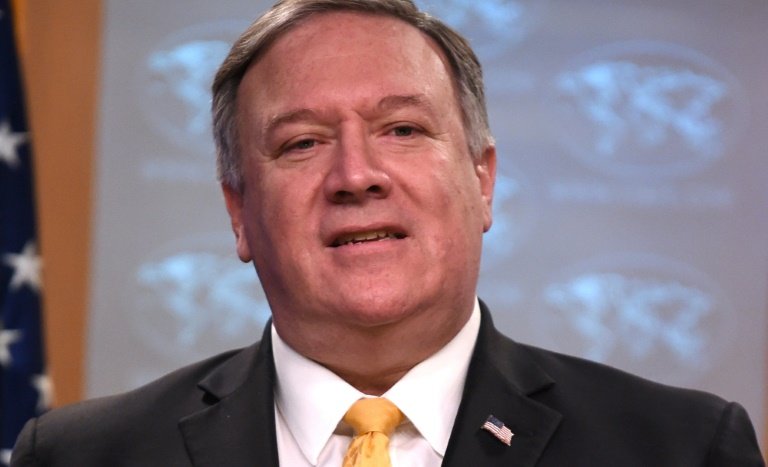 The United States has imposed sanctions on Zimbabwe’s state security minister over what it says is credible information of his involvement in “gross violations of human rights”.

The State Department said on Friday it would deny entry into the US to Owen Ncube.

“We are deeply troubled by the Zimbabwean government’s use of state-sanctioned violence against peaceful protestors, and civil society, as well as against labour leaders and members of the opposition leaders in Zimbabwe,” Secretary of State Mike Pompeo said in a  statement .

“We urge the government to stop the violence, investigate and hold accountable officials responsible for human rights violations and abuses in Zimbabwe,” he said.

Zimbabwe has seen numerous anti-government protests this year, mostly brought about by the failing economy which has rendered about 5 million citizens dependent on aid.

There have been a number of reports of torture and abductions as authorities try to crack down on such insurgence.

The United Nations special rapporteur on the rights to freedom of peaceful assembly and association expressed concern about “excessive military force” in Zimbabwe, in a report released late in September.

Last month, doctors took to the streets after Peter Magombeyi, their union leader and one of the organizers of an effort to demand higher wages for state doctors, went missing.

Ncube said at the time that Magombeyi’s case was being treated as a disappearance, not an abduction, as his colleagues have alleged.

Human rights groups say they have recorded more than 20 cases of abductions of activists by state security agents since January. The government denies any involvement.

The US’s move against Ncube came as thousands of Zimbabweans rallied in the country’s capital, Harare, in support of President  Emmerson Mnangagwa ‘s call on the US and the European Union to lift sanctions imposed against him and other officials over alleged electoral fraud human rights abuses.

Mnangagwa blames the sanctions imposed by the US and European Union since 2001 for Zimbabwe’s economic ills and says they are intended to remove his party from power.

Two years after Zimbabwe’s longtime ruler Robert Mugabe was forced out, people are still grappling with triple-digit inflation and shortages of basic goods like fuel.