Trump hopes for Covid-19 vaccine by end of year, ‘maybe before’

Trump added that when a vaccine was ready the military would be enlisted to distribute it. 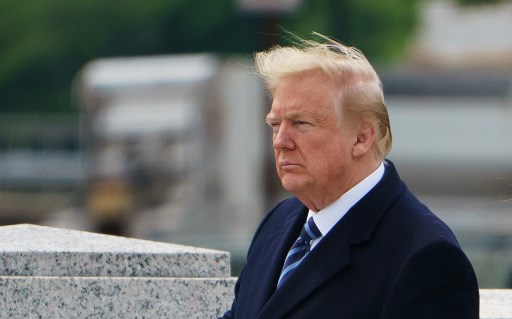 US President Donald Trump takes part in a ceremony commemorating the 75th anniversary of Victory in Europe Day at the World War II Memorial in Washington, DC on May 8, 2020. Picture: MANDEL NGAN / AFP

US President Donald Trump Friday said he hoped a Covid-19 vaccine would be available by the end of the year, and announced he was appointing a former pharmaceutical executive to spearhead the effort.

“We are looking to get it by the end of the year if we can, maybe before,” Trump said, as he delivered an update on the race for a vaccine.

“We think we are going to have some very good results coming out very quickly,” he told reporters in the Rose Garden of the White House.

The timeline projected by Trump is more optimistic than what Europe foresees.

The European Medicines Agency said Thursday a vaccine could be ready in a year’s time under an “optimistic scenario.”

“My administration is providing roughly $10 billion to support a medical research effort without parallel,” the president said, comparing the effort with the Manhattan Project during World War 2 that led to the development of nuclear weapons.

Trump added that when a vaccine was ready the military would be enlisted to distribute it – and evoked a spirit of global cooperation.

“We are working together with many different countries, and again we have no ego,” he said.

“Again, it is not solely vaccine based,” he said.

“Other things have never had a vaccine and they go away. So I don’t want people to think this is all dependent on a vaccine, but a vaccine would be a tremendous thing.”

Scientists have never previously developed a successful vaccine for any kind of coronavirus that infects humans.

Efforts that were underway against the SARS Cov-2 were halted early because that disease was contained after infecting about 8,000 people, and it was therefore not judged profitable to pursue.

Vaccines do exist for animal coronaviruses, for example a type of coronavirus that infects chickens – and this is used by farmers.

However, it also kills a certain percentage of chickens, and such an outcome would not be acceptable in humans.