Migrants entering Europe have long sought to reach Britain in the belief it is their best chance of securing asylum or residency. 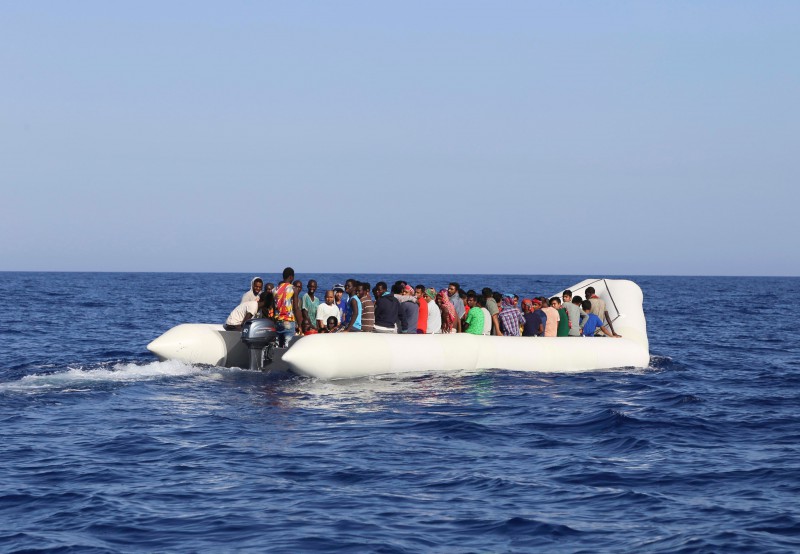 File: A picture taken on September 14, 2016 shows migrants aboard a dengue boat during a rescue operation run by the Malta-based NGO Migrant Offshore Aid Station (MOAS), at the offshore of the western Libyan town of Sabratha. / AFP / STRINGER

More than 9,500 migrants crossed or attempted to cross the English Channel from France to Britain last year, a fourfold increase from 2019, French maritime officials said Friday.

Migrants entering Europe have long sought to reach Britain in the belief it is their best chance of securing asylum or residency, prompting growing numbers to make the journey across the perilous waters of the busy shipping lane.

“In 2020, 868 incidents involving attempts or crossings of migrants by boat were recorded in the Channel, involving 9,551 migrants,” the maritime authority in charge of the Channel and the North Sea said.

Six people died and three went missing, up from four deaths in 2019, when just 203 crossings or attempts were detected – itself a fourfold increase from the number in 2018.

France and Britain signed a new accord in November aimed at shutting down the route via increased patrols and the use of radar and drones to spot boats quicker.

Aid groups say around 1,000 migrants are currently massed in squalid camps near the northern French port of Calais, where police regularly move in and tear down tents.

For Francois Guennoc, president of the Auberge des Migrants association, the surge in Channel attempts reflects a variety of factors, not least “an increase in success rates.”

People smugglers have refined their strategies, he said, such as launching several boats at a time in the hope at least some will evade detection.

The introduction of new surveillance tools to detect people hiding among the thousands of trucks heading to Britain through the Eurotunnel has also boosted numbers on the sea route, Guennoc said.