Nearly three percent of the Danish population has received the first dose of the Covid-19 vaccine already. 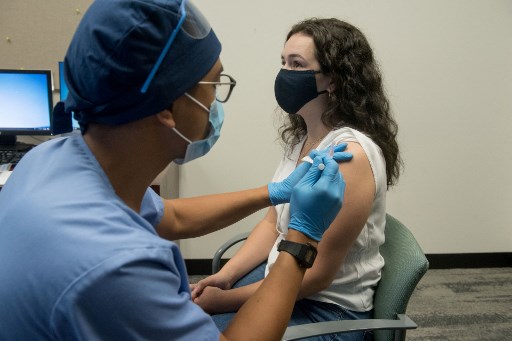 Denmark on Tuesday announced it would include homeless people among those given priority for Covid-19 vaccines, after calls from charities and officials to care for the vulnerable group.

The Scandinavian country started vaccinations on December 27 and is currently among the quickest in the European Union, in terms of jabs per capita, in the rollout of vaccine.

The Danish strategy has been split into 12 priority groups, of which the first five are currently offered the vaccine although this also depends on the region they live in.

“Homeless and socially vulnerable people who are particularly at risk are vaccinated in category 5,” the Ministry of Social Affairs said in a statement.

Those in the group but not deemed to be particularly at risk will still be “given priority before the general population”, it added.

According to social services, Denmark has about 6,500 homeless people, and the decision follows calls from charities and elected officials who have pointed to an increased risk of transmission among the homeless.

“There is an urgent need to prioritise our most vulnerable, the people living in the streets, those with the largest and most complex need for help. Vaccines + aid packages – now!” the legal aid group Gadejuristen (The Street Lawyers) said in a post on Facebook.

Nearly three percent of the Danish population has received the first dose of the Covid-19 vaccine already and 0.5 percent have also had the second dose, making Denmark one of the leading countries in the EU.