Vyacheslav Volodin, speaker of Russia's lower house of parliament, denounced Biden for agreeing with the description of Putin as a 'killer'. 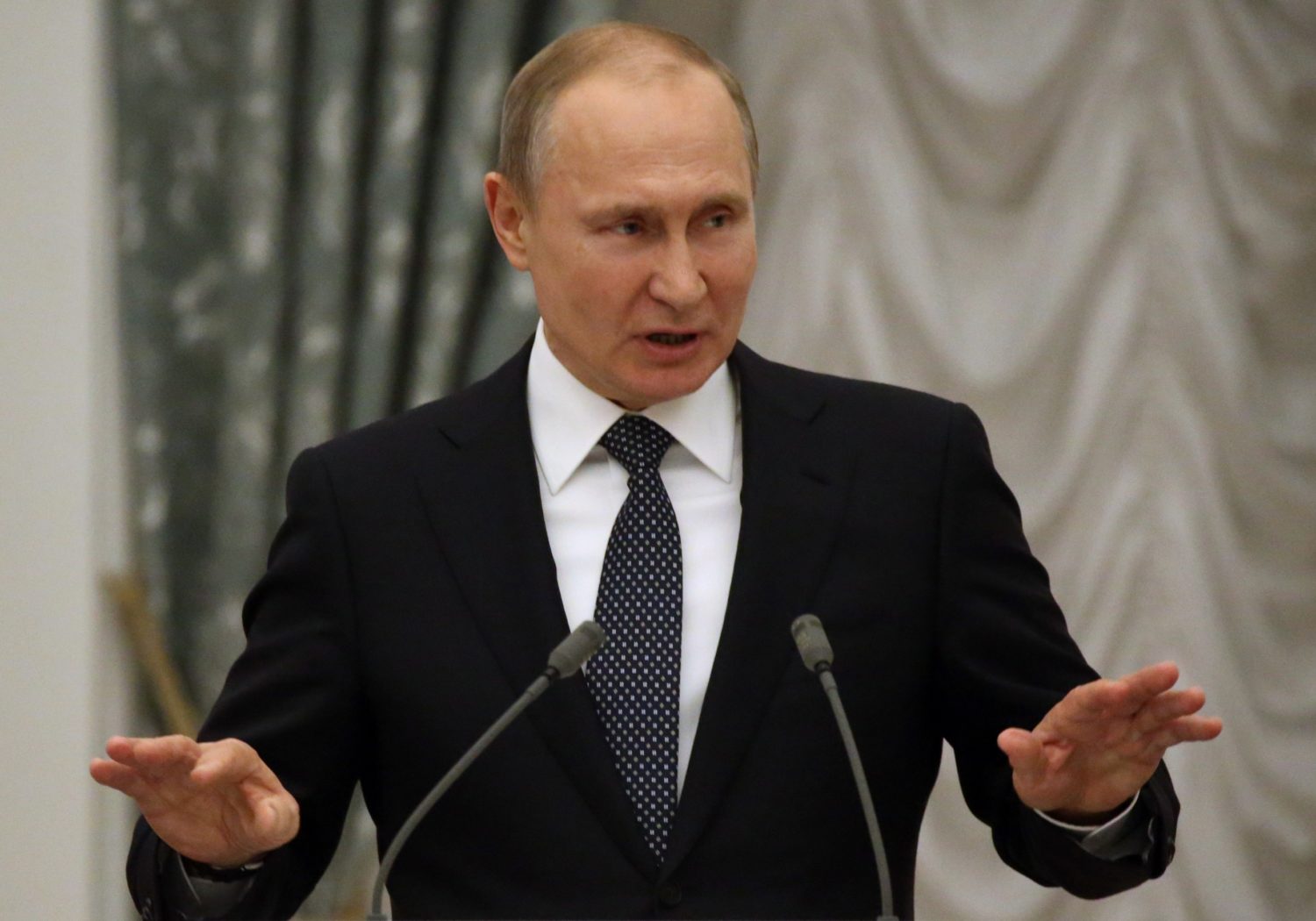 Russia called its US ambassador back to Moscow for consultations on Wednesday after Joe Biden described Vladimir Putin as a “killer” who would “pay a price” for election meddling, prompting the first major diplomatic crisis for the new American president.

In an interview with ABC News, Biden was asked about a US intelligence report that the Russian leader tried to harm his candidacy in the November 2020 election and promote that of Donald Trump.

Asked if he thought Putin, who has been accused of ordering the poisoning of opposition leader Alexei Navalny and other rivals, is a “killer,” Biden said: “I do.”

The comments were aired as the US Commerce Department announced it was toughening export restrictions imposed on Russia as punishment for Navalny’s poisoning.

Russia responded by summoning its envoy home, though the State Department did not reciprocate by recalling its own ambassador to Moscow.

“The Russian ambassador in Washington, Anatoly Antonov, has been invited to come to Moscow for consultations conducted with the aim of analyzing what should be done and where to go in the context of ties with the United States,” the Russian foreign ministry said.

In Washington, the State Department noted the Russian move and said the United States will “remain clear-eyed about the challenges that Russia poses.”

A State Department spokeswoman told AFP the US envoy would remain in Moscow in the hopes of maintaining “open channels of communication” and in order to “reduce the risk of miscalculation between our countries.”

White House spokeswoman Jen Psaki was asked by reporters whether the president considers Putin literally or just metaphorically a killer.

“He does not hold back on his concerns about what we see as malign and problematic actions,” Psaki said, citing election interference, Navalny’s poisoning, cyberattacks and bounties on US troops in Afghanistan.

Biden told ABC News he had a “long talk” with Putin after taking office in January.

“The conversation started off, I said, ‘I know you and you know me. If I establish this occurred, then be prepared’,” Biden said.

Biden’s assessment that Putin is a “killer” marked a stark contrast with Trump’s steadfast refusal to say anything negative about the Russian president.

In a 2017 interview with Fox News, Trump was asked about Putin being a “killer.” “There are a lot of killers,” he replied. “You think our country’s so innocent?”

Despite his thoughts about the Russian leader, Biden said “there are places where it’s in our mutual interest to work together.”

“That’s why I renewed the START agreement with him,” he said of the nuclear treaty. “That occurred while he’s doing this, but that’s overwhelmingly in the interest of humanity, that we diminish the prospect of a nuclear exchange.”

Biden said he had learned from dealing with “an awful lot” of leaders during a political career spanning almost five decades — including eight years as vice president — that the most important thing was to “just know the other guy.”

Vyacheslav Volodin, speaker of Russia’s lower house of parliament, denounced Biden for agreeing with the description of Putin as a “killer.”

“Biden insulted the citizens of our country,” Volodin said. “Attacks on (Putin) are attacks on our country.”

Kremlin spokesman Dmitry Peskov dismissed the US determination that Russia had targeted election infrastructure during the 2020 presidential election as “absolutely groundless and unsubstantiated” and an excuse for new sanctions.

According to US intelligence, Putin and other senior officials “were aware of and probably directed” Russia’s influence operation to sway the vote in Trump’s favor.

It concluded, however, that the election results were not compromised.

Russia faced allegations of US election meddling in 2016 for launching a social media campaign to boost Trump’s candidacy and discredit his opponent Hillary Clinton.

After Biden’s victory over Trump, Putin was among the last world leaders to congratulate the newly elected Democratic president.

Tensions between the former Cold War rivals have soared in recent months over hacking allegations and US demands that Russia free Navalny.

Navalny returned to Russia in January after being treated for the poisoning in Germany, and is serving a two-and-a-half year jail term in a penal colony outside Moscow.

The Commerce Department said the new sanctions prevent export to Russia of more items controlled for national security reasons, including technology and software.

“The Department of Commerce is committed to preventing Russia from accessing sensitive US technologies that might be diverted to its malign chemical weapons activities,” it said.

The latest sanctions add to US penalties imposed on Moscow since Russia’s annexation of Crimea in 2014.