After both men floored each other, the pair seemed to have exhausted their animosity and embraced at the final bell. 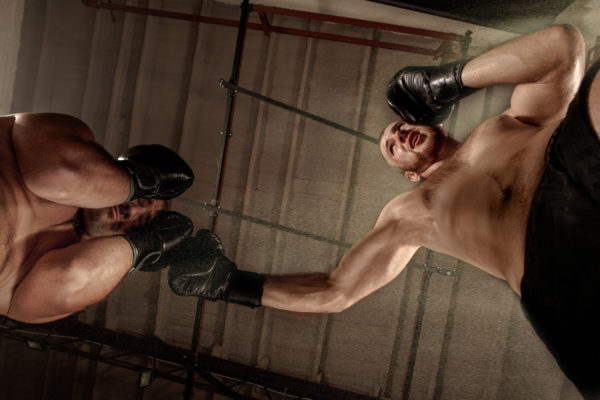 From a Brazilian mayor who settled a political score with a cage fight, to a miracle Italian cure. Your weekly roundup of offbeat stories from around the world.

Some things are sacred in Saudi Arabia…

Forty-three camels have been disqualified from the kingdom’s top beauty pageant for using botox and cosmetic surgery.

The King Abdulaziz Camel Festival, with prize money of up to $66 million, takes a very dim view of cheating, with stringent veterinary and X-ray tests to check for nips and tucks among its thoroughbreed contestants.

Enhancements to make the camels’ lips droopier and their humps more shapely are particularly frowned upon by the authorities who want to encourage the natural look.

– Down and dirty politics –

It takes some doing to be accused of lowering the political tone in a country run by Jair Bolsonaro, but the mayor of a small Brazilian city has succeed in doing just that by taking on an opponent in a cage fight.

Barechested Simao Peixoto beat an ex-councillor who he said insulted him in a three-round bout in front of a large rowdy crowd, few of whom were wearing masks.

After both men floored each other, the pair seemed to have exhausted their animosity and embraced at the final bell.

But Brazil’s media torched them as a disgrace, with the Amazon region’s health regulation demanding answers for violating virus rules.

A “totally blind” Italian has been arrested after being spotted riding a scooter and driving a car.

The Sicilian, officially completely blind since 2008, was even spotted dialling on his phone while at the wheel.

Police became suspicious when the man — who has trousered thousands of euros in disability benefits — applied to renew his driving licence.

Turns out he had once been a member of a group of scammers who staged fake traffic accidents to get insurance payouts.

An American was forced to leave a flight in Florida for wearing a red thong on his face instead of a face mask.

Adam Jenne, 38, insisted masks were pointless and put the skimpy ladies undewear on his head at Fort Lauderdale airport. Staff did not agree. Next time he should bring a pair of bloomers.

– One quarantine for the rich… –

Everyone is equal in Hong Kong except it seems when it comes to the city’s notoriously strict quarantine.

After the city’s leaders were criticised for waving through certain celebrity guests, its central bank has now admitted to sending goodies to top up business executives stuck isolating in hotels for up to 21 days.

The “wine and gourmet food” care packages are so they would be “less angry with Hong Kong” over their confinement put in place to mirror China’s zero-Covid strategy.

Malta’s police union called a grooming strike after all male officers were ordered to shave or face disciplinary action.

The ban on manly stubble, “beards, goatees and goatee variations” forced the union to press the nuclear button.

They urged members to dye their hair and wear nail varnish in a move designed to make police chiefs’ hair stand on end.

And finally, respect to Buffalo Bills fans, who furious at their controversial overtime NFL loss to the Tampa Bay Buccaneers, raised $40,000 for a visual impairment charity to help “blind” referees.

Fan Hunter Schinabeck got the ball rolling with the first donation saying it was “saddening to witness someone being unable to see the blatant pass interference on Stefon Diggs.”