The coronavirus has killed at least 5.335,968 people since the outbreak emerged in China in December 2019, according to a tally from official sources compiled by AFP Friday. 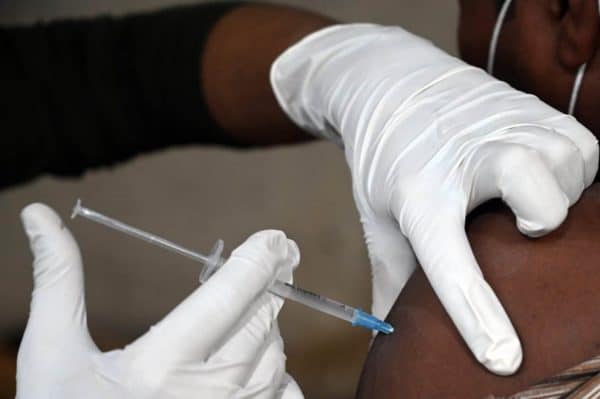 The World Health Organization grants emergency approval to the Indian Covid vaccine Covovax, saying it aims by the listing to “increase access particularly in lower-income countries.”

Passengers rush to beat a midnight deadline for travel to and from Britain and France, before France bans non-essential travel between both countries to contain rampant Omicron infections.

Germany is facing a “massive fifth wave” of the coronavirus caused by the arrival of Omicron, Health Minister Karl Lauterbach says.

Denmark, which this week had the highest per capita new Covid infection rate, announces it will close cinemas, theatres and concert halls and restrict restaurant opening hours.

Switzerland will step up anti-Covid measures from Monday with a return to working from home and curbs on the unvaccinated, as the country battles an intense fifth wave of the virus.

The United States has so far delivered more than 335 million doses of Covid vaccine to 110 countries, a figure matching the US population, the White House tells AFP.

Canada announces the lifting of a ban on foreign travellers from 10 African countries from 0459 GMT Sunday, while reimposing testing.

– Johnson on the ropes –

Employees at Brazil’s federal health regulator accuse President Jair Bolsonaro of making “fascist” threats, after the far-right leader said he wanted the names revealed of those who approved Covid-19 vaccines for children.

This weekend’s European Champions Cup and Challenge Cup matches between clubs from the UK and France are postponed due to strict coronavirus travel rules.

The coronavirus has killed at least 5,335,968 people since the outbreak emerged in China in December 2019, according to a tally from official sources compiled by AFP Friday.