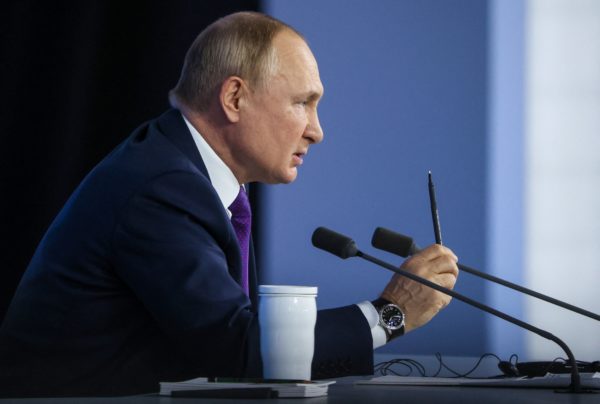 President Vladimir Putin said Thursday he hoped Russian society was protected against the influence of gender-fluid “obscurantism” and compared cancel culture to the coronavirus.

Over the years Putin has cast himself as a guardian of traditional and family values and repeatedly said that Western liberal values have become obsolete.

“If somebody thinks that men and women are the same, let them. But there should be some common sense.”

“I support the traditional approach that a woman is a woman, and a man is a man,” Putin said, adding he hoped that Russians had enough defences “against this obscurantism.”

While Moscow formally decriminalised homosexuality in 1993, homophobia remains socially acceptable and few public figures have come out as gay.

In 2013, Russia introduced a law banning homosexual “propaganda” aimed at minors, which served as a pretext for banning Pride marches and the display of the rainbow flags that are a symbol of the community.

In 2020, the Russian constitution was amended to specify that marriage is a union between a man and a woman in a move that effectively banned gay marriage.