White won five primetime Emmys, two daytime awards including one for lifetime achievement and a regional Emmy in Los Angeles. 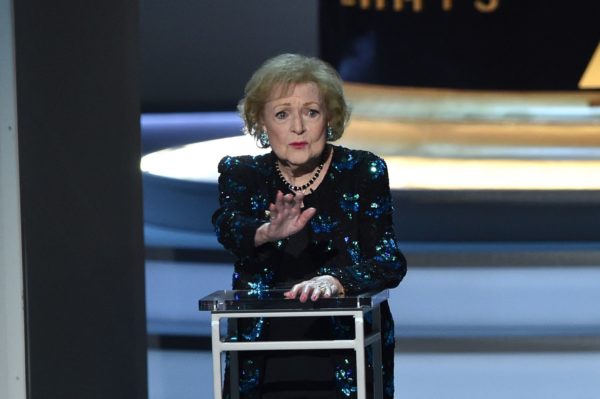 Actress Betty White, who made US television audiences laugh for more than seven decades, starring on popular sitcoms The Golden Girls and The Mary Tyler Moore Show, has died, US media reported on Friday. She was 99.

The pioneering Emmy-winning comedienne enjoyed one of the longest careers in showbiz history: she began regularly appearing on television in 1949 and had a voice role in Toy Story 4 in 2019.

“Even though Betty was about to be 100, I thought she would live forever,” her agent Jeff Witjas told People magazine in a statement.

“I will miss her terribly and so will the animal world that she loved so much.

“I don’t think Betty ever feared passing because she always wanted to be with her most beloved husband Allen Ludden. She believed she would be with him again.”

TMZ, citing law enforcement sources, said she died at her home on Friday. The cause of death was not immediately revealed.

The news sparked an outpouring of tributes, with President Joe Biden calling her “a lovely lady.”

“Ninety-nine years old – as my mother would say, God love her!” he told reporters.

White was one of the first woman producers on the 1950s sitcom Life With Elizabeth, in which she also starred.

Then, as a nonagenarian, she interacted with much younger fans on Instagram.

“It’s incredible that I’m still in this business – and you are still putting up with me!” White said at the 2018 Emmys.

In all, she won five primetime Emmys, two daytime awards including one for lifetime achievement and a regional Emmy in Los Angeles.

White, whose signature halo of white-blonde hair and clear blue eyes were instantly recognisable to American viewers, adopted a variety of on-screen personas.

She went from playing a 1950s housewife on Elizabeth to a man-hungry 1970s TV personality on Moore to a doe-eyed 1980s Golden Girl retiree.

When asked by late night host David Letterman about her favourite pastimes, the long-time animal welfare advocate replied: “(I like to) play with animals, mostly. And vodka’s kind of a hobby.”

Betty Marion White was born on 17 January 1922 in the outskirts of Chicago. The family moved to California during the Great Depression.

White said her love of acting came from a school production, but credited her parents – a homemaker and a lighting company executive – as her comedic inspiration.

After a few years of modeling, as well as a stint in the American Women’s Voluntary Services during World War II, White segued to radio gigs, reading commercials and playing small roles.

Her first regular television work came in 1949 on the variety show Hollywood on Television. Only a few years later, she co-created Life with Elizabeth.

It was through her early television career that White met Ludden, her third and last husband, who hosted the game show Password, on which she appeared frequently.

White would go on to win two Emmys for her portrayal of Sue Ann Nivens on the newsroom sitcom.

Career lightning struck again in the mid-1980s with The Golden Girls, about four older women sharing a house in Miami.

White was Rose Nylund, the ditzy and often naive Minnesota native who was the foil to the more sophisticated characters played by Bea Arthur, Rue McClanahan and Estelle Getty.

White won another Emmy for the role of Rose.

As White aged, she won over an entirely new generation of viewers – millennials who watched Golden Girls reruns – with her snarky, sometimes bawdy wit.

Over the past decade, she re-entered the public eye, starring on TV Land’s Hot in Cleveland and hosting the hidden camera prank show Off Their Rockers.

She even returned to game shows on a revamped To Tell The Truth, and was the face of an ad campaign for the Snickers candy bar.

In 2010, at age 88, White became the oldest-ever host of long-running comedy sketch show Saturday Night Live – an experience she called “probably the most fun I’ve ever had, and the scariest”.

Despite her prolific television career, White only appeared in a handful of films, including The Proposal (2009) and the animated The Lorax (2012).

White chalked up her long career to being “blessed”.

In addition to her multiple Emmys, White was inducted into the Television Academy Hall of Fame in 1995.

She won three Screen Actors Guild awards, including a lifetime achievement trophy in 2010. In 2011, she took home a Grammy for the audio version of one of her books.

White and Ludden were married from 1963 until his death in 1981. The actress never remarried and had no children of her own.

NOW READ: In memorium: A look back at the famous faces we lost in 2021