Omicron restrictions ‘wipe out’ UK retail recovery efforts made in 2021

Despite the unprecedented numbers, Prime Minister Boris Johnson has opted not to introduce tougher restrictions in England. 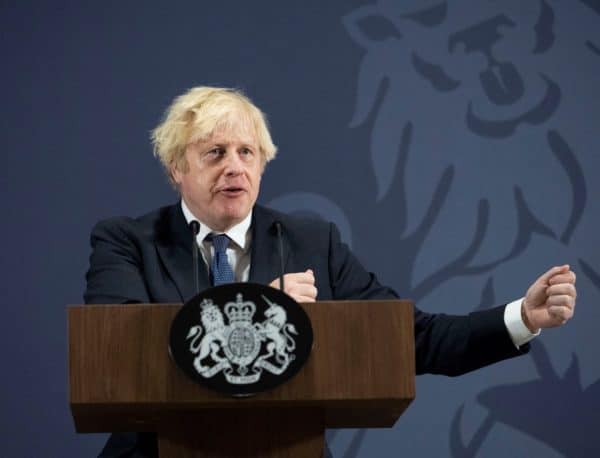 Britain's Prime Minister Boris Johnson delivers a speech on "levelling up" in the regions during a visit to the UK Battery Industrialisation Centre in Coventry, central England on July 15, 2021. West Midlands. 15th July 2021 (Photo by David Rose / POOL / AFP)

Restrictions imposed in the wake of the Omicron Covid-19 variant have “wiped out” much of a recent recovery enjoyed by UK bricks-and-mortar stores.

This is according to the British Retail Consortium, who revealed on Friday that the progress made in late 2021 “was wiped out in December as surging Omicron cases”.

“Nevertheless, while United Kingdom footfall saw a moderate decline compared to previous months, it remained above levels of other major European economies”.

Dickinson explained “the country avoided some of the more severe restrictions implemented elsewhere,” she added in a statement.

The number of shoppers visiting UK stores slid 18.6% in December compared with two years earlier, or before the onset of the coronavirus pandemic, according to the BRC.

The United Kingdom has seen a fresh surge in cases owing to the arrival of the Omicron variant in late November.

The country was already among the worst-hit countries in Europe by the pandemic with a virus death toll of nearly 150,000, before Omicron surfaced.

In Britain, more than one in 20 people had Covid-19 in the week ending December 31 – its highest infection rate recorded during the pandemic.

Despite the unprecedented numbers, Prime Minister Boris Johnson has opted not to introduce tougher restrictions in England.

Johnson argued the rising levels of hospitalisations and serious illness do not yet require more measures.

But other UK regions have tightened rules, with devolved governments in Edinburgh, Cardiff and Belfast all rolling out post-Christmas curbs on socialising and large events.

NOW READ: Hospitalisations in SA, UK: What data tells us about how deadly Omicron is